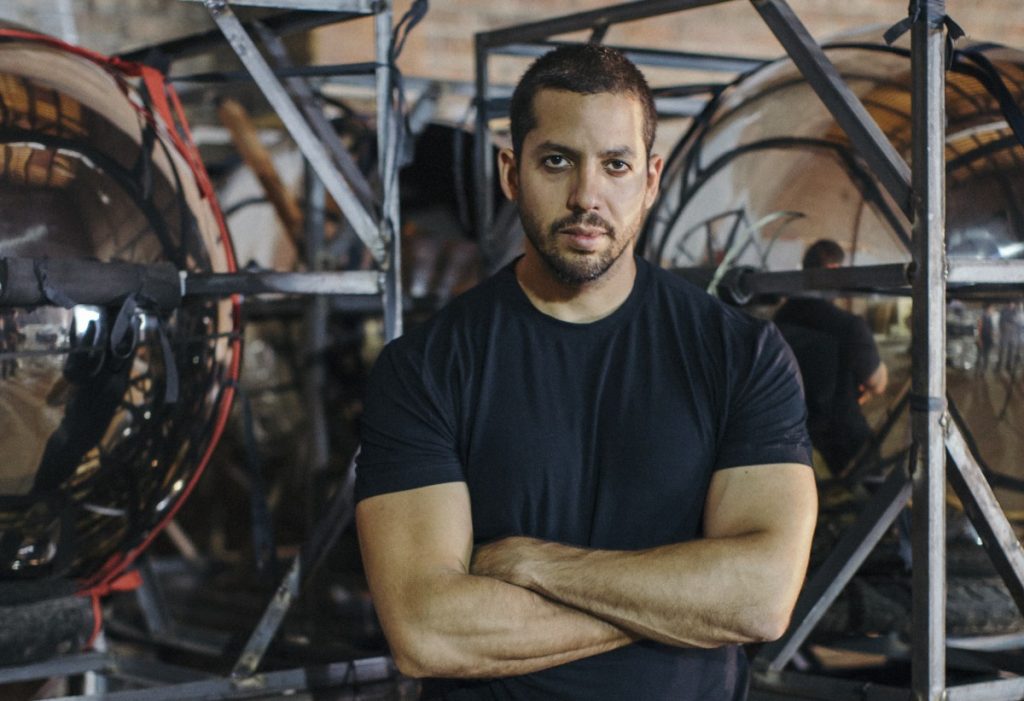 Who could be more fitting to feature on Halloween than modern day Houdini David Blaine himself?

Blaine is the magician best known for undertaking such death-defying feats as burying himself alive for a week, holding his breath for 17 minutes, and being frozen in a block of ice for over 63 hours in the middle of Times Square.

Blaine is also the magician we can thank for making magic cool again. Before undertaking such death-defying stunts, Blaine is the magician who took magic out of the realm of the gimmicky stage show performance and onto the street. In the early 1990’s he brought magic up-close and personal to anyone who happened to pass by on the streets.

Never one to rest on his laurels, Blaine’s wizardry will not end there. His next television special, David Blaine: Beyond Magic, will air on November 15th on ABC. It will feature him performing his trademark sleight-of-hand tricks to celebrities such as Emma Stone, Johnny Depp, Margot Robbie, Drake, David Beckham, and more.

As with his early street performances, it is the group interaction, and reaction, that really heightens the performance and draws you in. This TV special comes three years after his last show David Blaine: Real or Magic. Blaine has continually raised the bar with each performance and Beyond Magic is sure to be a heart-pounding show-stopper on another level.

Blaine will also be launching his first worldwide tour in 2017. Book David Blaine for your next event before he freezes himself into his worldwide tour schedule. Though, let us offer a word of advice, consider hosting your next event with David indoors. Attendees may experience reactions similar to those seen below: