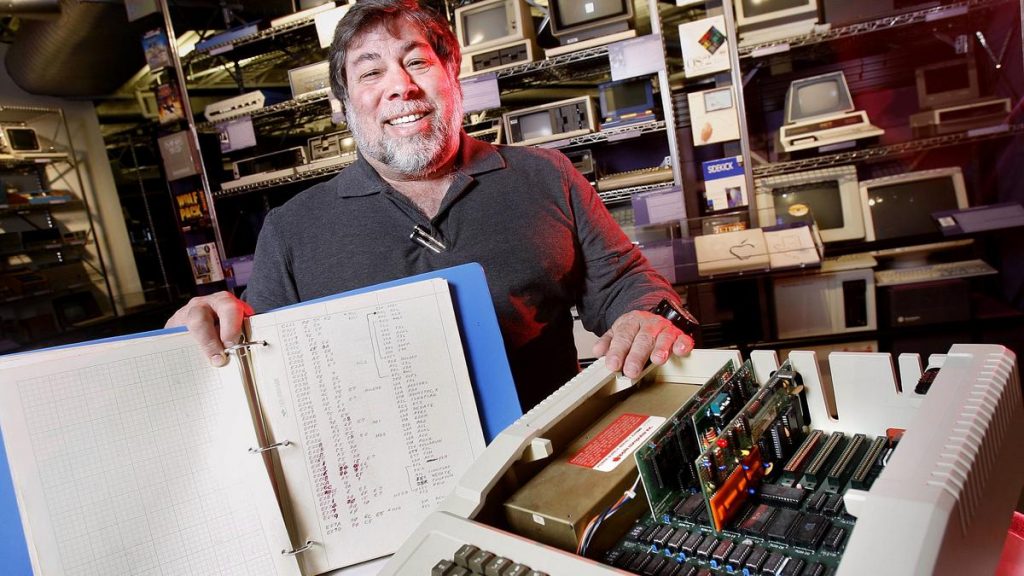 Success is a subjective term—One person’s idea of success can be very different than another person’s. But the one thing we all have in common is that we all want to be successful at what we do. Whether you strive for business, innovative, creative, monetary, or another kind of personal success, acknowledge the advice of these celebrity speakers, who have all obtained various kinds of success in their own lives.

Steve Wozniak
Don’t underestimate the power of patience and practice

Tech-legend Steve Wozniak explains, “I acquired a central ability that was to help me throughout my entire career: patience. I’m serious. Patience is usually so underrated. I mean, for all these projects, from third grade all the way to eighth grade, I just learned things gradually, figuring out how to put electronic devices together without so much as cracking open a book … I learned to not worry so much about the outcome, but to concentrate on each step I was on, and to try to do it as perfectly as I could when I was doing it.”

Woz Bonus Tip: Be a little secretive in the creative process. “If the outside world knows what you’re doing it inhibits successful innovation,” he said. “Inventors don’t like bureaucracy. Create a division that is completely free from red tape and forms so these people can be creative.”

Madeleine Albright
Learn when to interrupt

The former Secretary of State admits that learning when to interrupt was a lesson even she had to learn. She says, “I was in a position on the Security Council where I kind of questioned, ‘Shouldn’t I just wait to be called on and not talk initially?’” But then she realized, “If you raise your hand, and you don’t get called on, by the time you do, what you had to say doesn’t make sense anymore. It’s not germane.” There’s just one provision though, “If you’re going to interrupt, you have to know what you’re talking about. And you have to do it in a strong voice.”

Magic Johnson
Be willing to use every connection you’ve got

From the ballcourt to the boardroom, Johnson assures that “there’s no magic to success.” He says he learned a lot of great lessons from his mentor Michael Ovitz, the first being: “If you want to be successful, you have to be willing to use every connection you’ve got.” And further, take advantage of every opportunity to make connections. Johnson explains how he first got connected with Ovitz, “It is a funny story how that meeting came about. During a Lakers game, I was standing on the sidelines getting ready to pass the ball inbounds. There were two businessmen I respect—[studio executive and Tell to Win author] Peter Guber and [recording industry executive] Joe Smith—who were sitting there courtside… I looked over and asked, ‘How do I get into business?’ It probably wasn’t the best place to ask, but they could tell I was honestly looking for help, so later they arranged for me to meet Michael Ovitz.”

Caitlyn Jenner
Get out of your comfort zone

Olympic gold medalist Caitlyn Jenner says, “Achievement, whether it’s a gold medal in the Olympics or in real life, always begins in the ordinary.” Its when you get out of your comfort zone that makes the extraordinary possible. She assures, “You will face obstacles. Don’t let them scare you. Fear is part of the game. Trying things outside of your comfort zone is essential, because your ability to grow as a person is directly related to the amount of insecurity you can handle. So be strong and fearless.”

In the early days of Netflix, Marc says that he and Reid Hoffman were very persistent: “You could knock us down over and over and over again, and we’d just keep getting up and coming at the problem again.” He added, “It’s all about trying one thing after another. The investor who falls in love with their idea can be a potential cause for failure.”

Referred to by his peers as the “hardest working man in show business,” Leno said, “I never assume for a minute people want to look at me,” adding, “I’m a great believer in low self-esteem; the only people I find that have high self-esteem are criminals and actors.” Leno assures us that this is a tactical move, and not just a humble one: “If you always assume you’re the dumbest person in the room you’ll ask more questions and work harder”.

Bethany Hamilton
Your attitude is everything

The secret to success according to Bethany Hamilton—the rising surf star who was attacked by a shark that bit off her left arm—is mind over matter. She says, “Whatever your situation might be, set your mind to what you want to do and put a good attitude in it and I believe that you can succeed.” Bethany not only preaches this message, she lives it. Just one month after the attack she returned to the water, and a year after that she won her first National title. The soul surfer believes, “People can do whatever they want if they just set their heart to it, never give up, and go out there and do it.”