Futurist and Advocate of Conscious Evolution

The Conscious Evolution of Business

Messages of Hope for the New Millennium

Dr. Barbara Marx Hubbard helped create the field of Conscious Evolution. Working with Dr. Jonas Salk, Abraham Maslow, Lancelot Law Whyte and others to ask the question: “What is the next step for the future good?” she founded The Committee for the Future in 1970 in Washington DC., where she co-produced 25 SYNCON conferences for SYNergistic CONvergence. These advanced, multi media, multi-disciplinary events brought diverse people from every field and function together to seek common goals and match needs with resources in the light of the growing potential of the whole system.

According to Dr. Hubbard, Conscious Evolution takes place when we intend to grow in consciousness and use our increasing awareness to guide our actions and achieve a positive future. It is a process by which we can individually and collectively take responsibility for our future. It is a process of giving direction to the evolution of human systems by purposeful action.

Dr. Barbara Marx Hubbard’s books include: Conscious Evolution: Awakening the Power of Our Social Potential, Emergence: The Shift from Ego to Essence, The Evolutionary Journey: Your Guide to a Positive Future, The Hunger of Eve: One Woman’s Odyssey toward the Future, Revelation: Our Crisis is a Birth, 52 Codes to Conscious Self Evolution, and The Power of Yin, Celebrating Female Consciousness.

Barbara Marx Hubbard co-founded several major organizations including the World Future Society and the Global Association for New Thought. She appears on many television and radio interviews and speaks internationally before audiences as wide ranging as NASA to the Inner city of Los Angeles.

More About Barbara Marx Hubbard . . .
Barbara Marx Hubbard is producing a seven part documentary series entitled “Humanity Ascending”. This transformational series presents vital elements to awaken the codes for our own conscious evolution and offers direction, meaning and a vision toward our birth as a new humanity. It has screened at film festivals globally from Cape Town, South Africa to Santa Barbara, California.

“At a time of increasing confusion and rising concern about our planet’s future, Barbara Marx Hubbard unravels the mystery of our collective experience that is breathtaking in its scope, startling in its clarity, and gloriously hopeful in its thoughts about tomorrow, demonstrating once again why she is considered a global treasure and one of the greatest visionaries of our time.”

“There is no doubt in my mind that Barbara Marx Hubbard – who helped introduce the concept of futurism to society – is the best informed human regarding futurism and the foresights it has produced.” 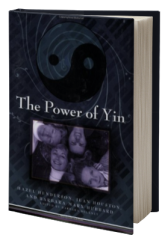