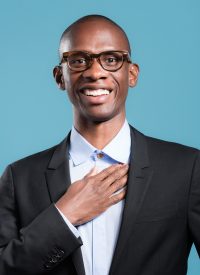 In this presentation surveying all aspects of Troy Carter’s diverse career, beginning as a concert promoter and continuing with his present-day stints as talent manager, CEO and tech entrepreneur, the multi-faceted Atom Factory mogul examines the role of creating word of mouth that translates into sales and superstardom. Examining the trajectory of musical artists like John Legend and Meghan Trainor, as well as his recent forays into technology investing, Carter makes a case for community and connection as the nexus of today’s most important deals, with social media as a core principal and galvanizing force.

With the Internet and the 24-hour news cycle came the shortening of the collective attention span but for CEO and entrepreneur Troy Carter, who began his career as a pop music talent manager, it’s all about building superstars who endure. Examining case studies from his stellar roster of current performers, including John Legend, Meghan Trainor and up-and-coming Charlie Puth, Carter discusses growing and building new talent organically through social media channels as well as the real-world visibility that comes through the established realm of live tours, media presence and personal appearances.

In 2016, Troy Carter publishes his memoir detailing the art of hustle, beginning with his roots as a concert promoter in Philadelphia and a talent manager in Los Angeles and New York City before he became a tech entrepreneur, venture capitalist and CEO of Atom Factory. In this presentation he draws from the big ideas that shaped him as a leader in entertainment and technology, helping launch the careers of Lady Gaga, John Legend and Meghan Trainor while investing in the future of tech luminaries like Uber, Spotify and Dropbox.

The Upside of Failure: How Entrepreneurial Pitfalls Pave the Way for Stronger Success

Not every path to success is paved with gold at every step — part of winning often means making mistakes that provide new insights into how to do better the next time around. In this presentation, Troy examines the snafus and setbacks in his own career that wound up sending him in new directions and enhanced his trajectory rather than stifled it. Pitfalls often lead to pivots — those magical about-face directional shifts that are like Eureka moments for positive and productive change. Once we learn to embrace failure, starting anew becomes a rejuvenating force.

Diversification & the Atom Factory: Moving Beyond Your Core Business

In this presentation on growing your business, Troy examines his early career in the music business and his subsequent pivot into tech and media circles, offering insight into leveraging the influence you have in one category so that you can successfully operate in others. Drawing examples from all facets of his multi-varied career, Carter shows what it means to wear multiple hats in an ever-changing business environment where sitting still can spell instant peril. Learning to think outside the box is only the first step in broadening your core business. Whether you work in entertainment, tech, media or other business sectors, Carter will help shift your focus towards diversification — the sweet spot of right now that is refreshingly all over the map.

Welcome to the art of hustle. From his humble roots in the streets of West Philadelphia, where he threw hip-hop events that grew into a talent management empire fusing pop, urban and musical points in between (John Legend and Meghan Trainor) to his transformation into tech entrepreneur and venture capitalist, Troy Carter is the closest approximation in the digital age to a Renaissance man. A high-school dropout who hit it big maintaining footholds in multiple industries while investing shrewdly in a portfolio of companies including Uber, Spotify and Dropbox, he is a case study in future-forward entrepreneurship — a CEO of beats, bytes and big ideas whose synergistic success story in music and technology ranks among the most riveting and relatable in business today.

Carter began his career as a protégé of DJ Jazzy Jeff & Fresh Prince, re-locating to Los Angeles in his teens to work for Will Smith’s Overbrook Entertainment. He was promoting concerts in Philadelphia for the Notorious B.I.G. when he joined P. Diddy’s Bad Boy Entertainment at 21, launching his boutique artist management firm Erving Wonder several years later and nurturing the hip-hop sensation Eve to superstardom in music, television and fashion. In 2007, he signed a management deal with then-unknown singer-songwriter Stefani Germanotta, grooming her into the global pop phenomenon Lady Gaga through the nascent channels of social media that soon defined a generation.

Bridging the worlds of music, venture capital and technology, Carter began investing in Silicon Valley companies, inspiring him in 2010 to launch Atom Factory, the multi-dimensional Los Angeles-based entertainment and technology company that includes his Cross Culture investment fund and the tech and culture platform Smashhd.co, covering personalities and trends in the global startup scene. Next year sees the publication of Carter’s as-yet-untitled memoir-meets-manual for success recounting his life story in business — the art of hustle conveyed through grit and gratitude, as only a career talent like Carter can.

Following the success and expansion of Atom Factory, Carter now adds speaking engagements to his ever-expanding portfolio of achievement and expertise, offering speeches and keynotes on a variety of topics that expand the conversation on technology, innovation and entrepreneurship — and the synergy of all three, which shaped Carter’s awe-inspiring hustle. Speaking on subjects as diverse as audience engagement, spotting and nurturing talent that endures, and investing the smart way in companies and products that matter, Carter’s stories convey unparalleled wisdom from a trailblazing innovator. 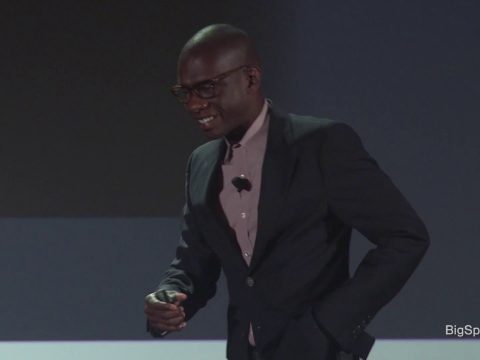 How to Pick Projects and People That Succeed - Troy Carter 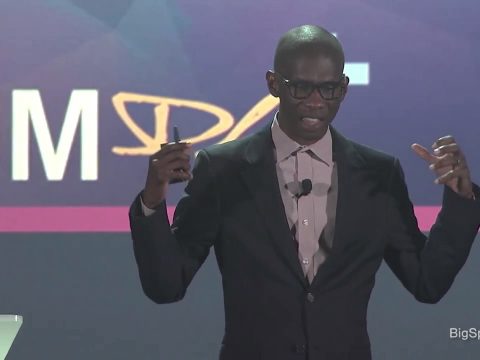 The New Age of the Music Industry - Troy Carter 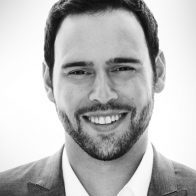 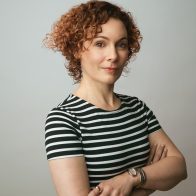