Nearly everyone responds to humor.  People want to laugh and play when given the opportunity.  The trick is to create those opportunities in everyday life situations and challenges.  Dr. Craig Shoemaker has the key…laughter.  Craig leads in a laughter filled journey through transformation and participation based workshops and speeches.

Craig has the insight to guide audiences to change and heal their most serious issues with laughter because laughter is a gift that heals.  It is comedic speech with the intention to inspire people to manage their personal difficulties through humor.

In this positively hilarious keynote program, Inspirational Comedian, Craig Shoemaker will use the acronym L.A.U.G.H. as a framework for sharing real-time tips to help you chose laughter more often than anxiety chooses you. Through the self-coined technique of “...

In this positively hilarious keynote program, Inspirational Comedian, Craig Shoemaker will use the acronym L.A.U.G.H. as a framework for sharing real-time tips to help you chose laughter more often than anxiety chooses you. Through the self-coined technique of “LAUGHIDATION,” Dr. Shoe teaches us techniques we can utilize in our own lives to help us thrive in any situation, using laughter as a means to better manage difficult circumstances, by accessing the transformative power of laughter.

CAREER FREEZE: Why Should Work Always Feel Like Work?

How do we stay positive during the stress of our job? In this funny and poignant keynote program, Inspirational Comedian, Craig Shoemaker will take us through a hilarious peek at how our work and career can transform into a positive outcome, just by adding humor. When we learn...

How do we stay positive during the stress of our job? In this funny and poignant keynote program, Inspirational Comedian, Craig Shoemaker will take us through a hilarious peek at how our work and career can transform into a positive outcome, just by adding humor. When we learn how to manage pain and upset, we have a better chance of achieving inner calm amid the outer chaos. It works for many, including the Red Sox and Lakers, two professional teams Craig has helped turn into world champions!

LAUGHTER & LEADERS: What Your People Want You to Know about Leadership

This may be the funniest keynote program you have ever heard on the topic of Leadership. Motivational Comedian, Craig Shoemaker shares stories from his storied professional life regarding his observations on leaders who did it well and leaders who didn’t. Craig believes ...

This may be the funniest keynote program you have ever heard on the topic of Leadership. Motivational Comedian, Craig Shoemaker shares stories from his storied professional life regarding his observations on leaders who did it well and leaders who didn’t. Craig believes there are fundamental constants in the making of a great leader. Learn the everyday behaviors you can use today, to set a tone of trust, collaboration, and ownership among your team.

Pursuing Happiness: Why Not YOU?!

Humor and Health: Laughing for the Health of It

Desperately Seeking Service: A Hilarious Look at the Lessons Behind Good and Bad Service

Who is Craig Shoemaker?

He’s been on Broadway, performed standup comedy for four US Presidents, guest starred with recurring acting roles on network TV, performed solo television specials, and hosted/produced reality television. He is a WGA scribe of film and sitcoms, an award-winning producer, and a best selling author.

Craig began his showbiz career doubling as a bartender and comedy emcee, while putting himself through Temple University in his hometown of Philadelphia, before taking his talents to Tinsel Town in 1988. His first Hollywood break was playing the role (twice) as an entertainment reporter on ABC’s “Matlock,” where he worked alongside his childhood idols, Andy Griffith and Don Knotts. Craig then had the opportunity to guest star as a ghost boxer opposite fellow Philadelphian Will Smith in a special episode of “Fresh Prince of Bel Air.”

This was only the beginning of what was followed by several successful TV stand-up specials and numerous co-starring roles in feature films and TV. Now “Dr. Shoe” even has a doctorate degree from Cal U of PA, and his new best selling book, LoveMaster’d, critically acclaimed by the likes of Whoopi Goldberg and Dr. Drew Pinsky, is helping people worldwide manage and transform through personal struggles.

Craig is currently working as a writer for the second season of Fuller House. After writing and traveling for decades by himself, co-creating in a room full of high-end talent makes him..well…high.

Craig’s latest 90-minute standup special, “Daditude,” in which he also served as Executive Producer, aired prime time on SHOWTIMENetwork. “Shoemaker is insightful and amusing…we are moved beyond laughter to tears,” said the Los Angeles Times. His very first Comedy Central show was voted by viewers as one of the “Top 20″ specials of all time. His second, “Unzipped” aired to mass acclaim and the CD was Billboard Top 20 for six weeks. Summer 2015, he produced and starred in the #1 comedy album on iTunes, “The Last Stand (Up).” Two stand-up bits made it to the all time Top 10 list on XM Radio. Countless standup TV appearances, including two onHBO’s prestigious “Comic Relief,” which he co hosted from New Orleans in 2008.

Voted Elevate Film Festival’s “Best Supporting Actor,” Craig’s film, TV and recording credits are extensive. He recurred as Wilson Gromling, head of the local Pawnee “Liberty or Die Party”, on NBC’s “Parks & Recreation” had a five episode role on “Bold & The Beautiful,” was the film professor in Scream 2 and just wrapped co-starring as “Bandit” in the movie, “Middle Man.” A prolific mimic and voiceover artist, Craig’s dead-on impression of Don Knotts and narration was featured in the film “Pleasantville,” and he’s voiced characters in numerous animated series, including lead voices (and title song) for the new cartoon, “Big Foot, Little Foot.”

Craig stars in Universal’s cult hit (Stony nominated), “Totally Baked”, which he also wrote and produced, along with producing the follow up Hulu hit, “420 Comedy Hour.” Currently he is producer/writer for a series of animated shorts, “From the Crib” and a feature documentary called “Laughter Heals!” He produced, wrote and starred in the Indy feature, “The LoveMaster,” which won the Los Angeles Independent Film Festival. LHP produced reality pilots, “Straight Eye for the Whipped Guy” and “Chicken Fried Bride,” hosted by Craig as well. Hosting chops were honed on such shows as “Real Funny” on ABC and the game show “My Generation” on VH-1.“Shoe’s” LHP and Really Big Shoe Productions team have over ten shows in development at this time.

Craig’s comedy style has earned him numerous awards, including “Best Male Standup” at the American Comedy Awards on ABC. His work as actor/producer for PRISM, earned Shoemaker 2 NATAS Emmy Awards.

Doctor Shoe is passionate about going beyond the comedy, officiating weddings of “HaHa-trimony,” as well as assisting people in mastering love & happiness. In 2003 he founded LaughterHeals.org, a nonprofit group dedicated to using laughter as a healing modality.

But credits, schmedits. Most importantly, Craig is happily married to his wife Mika and is father to three sons, Justin, Jared and Jackson and toddler daughter Chloe! Yes, the LoveMaster has mastered love and success, but a teen friend of his son sums up this performer’s career, when he nervously approached Craig and said, “Mr. Shoemaker, it is so cool you are verified on Twitter.” #Classic

Craig brought much laughter and levity to an otherwise stressful CCPOA (California Correctional Peace Officer Association) convention. Thousands of members attend and the venue was completely full. To this day, members continue to ask when we are bringing Craig back.

Craig Shoemaker performed at our celebrity gala in San Diego for the Forman Foundation Breast Cancer Treatment Fundraiser. We’ve had comedians perform in the past, but nobody received a more positive response than Craig. He is a truly funny man and we would love to have him back.

Forman's Foundation to Find A Cure

Picture yourself laughing out loud and non-stop for over an hour…my face actually hurt I was laughing so much! Craig is amazing! His body language itself it’s just outstanding. He can make you laugh without even talking! I really enjoyed his performance and I look forward to seeing him again soon. Thank you Craig! 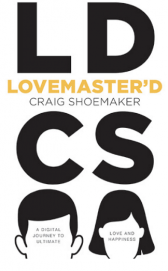