Around and On Top Of The World

This 90-minute program begins with video and stills about the Voyager project and includes exciting footage from the North Pole Adventure.

This 90-minute program details the dream; the desire and determination that made the Voyager project a historic success!

One World, One Flight

This is a 30-minute Keynote address about the Voyager project. Stresses teamwork, and incredible can-do spirit.

This 60-minute program is about Dick’s sightseeing tour turned survival mission at the North Pole. Includes exclusive video footage of the AN-2 crashing through the ice! A real-life survival and adventure story!

If You Can Dream It, You Can Do It

This motivational program is reserved for graduation addresses.

Dick Rutan’s Key Accomplishments Include . . .
On a cold December morning in 1986, Dick Rutan coaxed a fuel laden Voyager to become airborne and begin her journey around the world.

On one tank of gas and without refueling, the carbon composite honeycomb sandwich airplane, designed by brother Burt Rutan, would fly around the globe. Taking off from Edwards Air Force Base in California on December 14, 1986 and landing 9 days, 3 minutes and 44 seconds later, pilot Dick Rutan and the Voyager set absolute distance records and other world records that remain unchallenged today.

Voyager aircraft’s non-stop and non-refueled flight around the world in December of 1986 placed Mojave proudly on the map and placed pilot Dick Rutan in the history books.Four days following the historic flight of the Voyage, President Ronald Reagan awarded Dick Rutan the Presidential Citizen’s Medal of Honor at a special ceremony. The medal has been presented only sixteen times in the history of the United States.

The Voyager is proudly suspended on permanent display at the Smithsonian Air and Space Museum’s “Milestones of Flight” gallery in Washington DC.

In July of 2002, Dick Rutan was inducted into the National Aviation Hall of Fame in Dayton, Ohio. This esteemed enshrinement honored Dick Rutan and three other Americans, “whose heroism helped define 20th Century America.”

More About Dick Rutan . . .
Dick Rutan received both his solo pilot’s license and driver’s license on his sixteenth birthday. At the age of nineteen, Dick Rutan joined the Air Force Aviation Cadet Program, was commissioned Lieutenant and later received a Bachelor of Science Degree at the American Technological University.

As a Tactical Air Command fighter pilot during most of his two decades in the Air Force, Rutan flew 325 combat missions in Vietnam, 105 of them as a member of a high-risk classified operation commonly known as the “MISTY’s.” While on his last strike reconnaissance mission over North Vietnam in 1968, he was hit by enemy ground fire and forced to eject from his burning F-100. Dick Rutan evaded enemy capture and was later rescued by an Air Force helicopter team. Before retiring from the Air Force in 1978, Lt. Col. Rutan had been awarded the Silver Star, five Distinguished Flying Crosses, 16 Air Medals and the Purple Heart.

Dick Rutan has also survived other near-fatal aerial incidents including a failed attempt at the first around-the-world balloon flight, where a catastrophic equipment malfunction resulted in a dramatic parachute bail-out, as well as a harrowing biplane crash through Arctic ice on an expedition to the North Pole.

In June of 2003, Dick Rutan became an Eagle at the “Gathering of Eagles” in Montgomery, Alabama. This prestigious honor placed him in the distinguished ranks of aviation and space greats including Buzz Aldrin, Gene Cernan, Neil Armstrong, Pete Conrad and other flyers that include Pappy Boyington, Joe Engle and many others.

In December of 2005, Dick Rutan set another world record. This record was set in the EZ-Rocket for the longest distance in a ground launched rocket powered aircraft. He flew from the Mojave Spaceport to the California City Airport. Touted as the “shortest long distance flight,” this record is recognized by the National Aeronautics Association (NAA), and is in the record books.

Dick Rutan is also proud to be a governing member of the emerging space tourism industry. He formed an enterprise called Voyager Aerospace Corporation and has several projects emerging with this company – two of them are unique aircraft.

Since Voyager’s world flight, Dick Rutan has been traveling the world, speaking to audiences and sharing his tales of the magnificent Voyager project and of the North Pole adventure. The Voyagerstory is one of tremendous courage, vision and adventure and is often referred to as “aviation’s last first.” 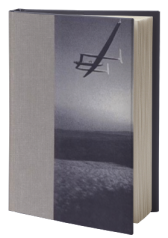