When you think about “television funnywoman” it is likely she will come to mind: the inimitable Ellen DeGeneres. A top entertainment keynote speaker and beloved TV icon and entertainment pioneer, DeGeneres’s distinctive comedic voice has resonated with audiences from her first stand-up comedy appearances to her current work as the host of the Emmy-winning Ellen DeGeneres Show.

It was Ellen’s work in the hit show Ellen that cemented her place as a pioneer in the world of television. This sitcom’s critically acclaimed “The Puppy Episode” marked DeGeneres’s character’s coming out as a lesbian to a record 46 million viewers, effectively changing television history. Since then, she has appeared in various films (including as the voice of “Dory” in the Pixar hit Finding Nemo); become a New York Times best-selling author with her books The Funny Thing Is… and Seriously… I’m Kidding; enjoyed judging competitors on American Idol; and hosted the Oscars, Emmys, and Grammys ceremonies. Most recently, she can be seen as a spokesperson for Cover Girl Cosmetics.

In her enlightening, hilarious presentations, Ellen DeGeneres shares the personal stories and insights she has accumulated from her years as an actress, television personality, and comedian. Audiences will walk away delighted and motivated by her pioneering rise to success. 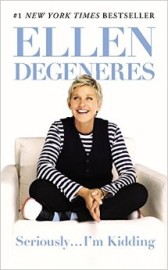 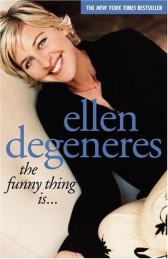