Timothy Ferriss has been listed as one of Fast Company’s “Most Innovative Business People”, Forbes Magazine’s “Names You Need to Know,” and is the 7th “most powerful” personality on Newsweek’s Digital 100 Power Index for 2012. He is an angel investor/advisor (Uber, Facebook, Twitter, and 40+ more) and author of the following books:

Tim is listed as #6 in the “Top 20 Angel Investor” rankings for 2014 (see his deals here), and Newsweek calls him “the world’s best guinea pig,” which he takes as a compliment.

His podcast — focused on deconstructing world-class performers — is often ranked #1 across all of iTunes (also selected for “Best of iTunes” three years running) and has exceeded 150,000,000 downloads. His episode with Jamie Foxx was voted “Podcast Episode of the Year” in 2015.

This blog is one of Inc. Magazine’s “19 Blogs You Should Bookmark Right Now“, and it has been ranked #1 on the Top 150 Management and Leadership Blogs list, based on Google PageRank, Alexa traffic ranking, Bing results, Technorati authority, Feedburner subscribers, and PostRank. 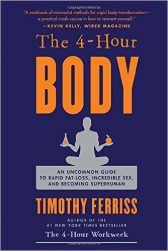 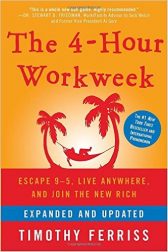