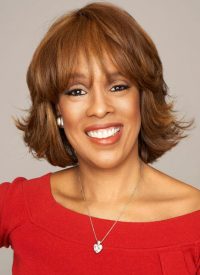 Gayle King is the co-host of CBS This Morning and the Editor-at-large at O, the Oprah Magazine which continues to be a top-selling print magazine after more than a decade in production. Millions look to the three time Emmy-award winning journalist as a model of civility and respect.

King entered local television news after a station executive offered her a job based on the professional tone of her voice. Though she had studied psychology, she fell in love with the world of journalism and spent many years working behind the scenes as a production assistant and writer. She worked at numerous stations east of the Mississippi River including WJZ-TV in Baltimore, Md., where she became best friends with her co-worker, anchor Oprah Winfrey. The two formed a influential partnership that has been running strong for over 30 years and counting.

Leading journalist, media personality, and editor, Gayle King engages future female leaders and advocates, and nudges audiences out of their comfort zones so they can achieve. As a host at live events she has the unique ability to bring people of differing opinions together in civil discussions on political matters, news events, and daily life.

The three-time Emmy winner is an uplifting and an energetic choice to address career/life balance, managing stress, and activating your inner heroic citizen. King has dedicated her life to covering pressing social issues while looking for solutions that everyday people can take part in.

King previously hosted The Gayle King Show, a live, weekday television interview program on OWN: The Oprah Winfrey Network. The program, which featured a discussion of a broad variety of topics that include politics, cultural developments, was also broadcast on XM Satellite Radio, where it premiered in 2006. King was a key pillar in the development and phenomenal launch of O, the Oprah Magazine as well as the 24/7 channel OWN (the Oprah Winfrey Network).

Before moving into print and radio, King worked for 18 years as a television news anchor for CBS affiliate WFSB-TV in Hartford, Conn., during which period, she also hosted her own syndicated daytime program. Prior to joining WFSB, King worked at several other television stations, including WDAF-TV in Kansas City, Mo., WJZ-TV in Baltimore, Md., and WTOP-TV in Washington, D.C.

King has received numerous awards for her extensive work as a journalist. In addition to three Emmys, she was honored in 2008 with the American Women in Radio & Television Gracie Award for Outstanding Radio Talk Show and in 2010 with both the Individual Achievement Award for Host-Entertainment/Information and the New York Women in Communications’ Matrix Award recipient.

Since childhood, King has sought out solutions to people’s problems. A member of the Board of Directors of Oprah’s Angel network, she has secured financial contributions from hundreds of thousands of donors and distributed them to organizations throughout the U.S. and more than 35 countries to promote the education of children and protect the human rights of impoverished people around the world. She graduated from the University of Maryland in with a degree in psychology. 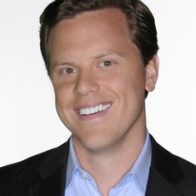 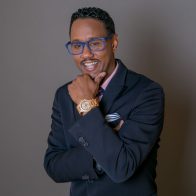 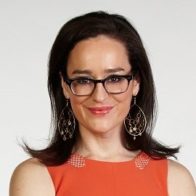 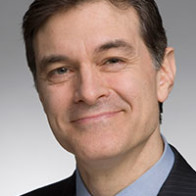