Jocko Willink is a top leadership and motivational keynote speaker, author, podcaster, and former Navy SEAL.  Willink led Task Unit Bruiser, SEAL Team THREE in some of the war in Iraq’s toughest, continuous urban combat as part of The Battle of Ramadi. For his tour in Iraq as a platoon commander, Willink received the Bronze Star with Combat “V” and for his leadership of Task Unit Bruiser, he was awarded the Silver Star.

After two decades of service as a Navy SEAL, John “Jocko” Willink knows a thing or two about leading people in trying situations. It is with that experience that Willink is able to offer unparalleled insight into leadership, team management and more.

Over his 20 year career, Willink served as both enlisted and as an officer and has received numerous accolades and distinctions for his service. Perhaps most notably, Willink led Task Unit Bruiser, SEAL Team THREE in some of the war in Iraq’s toughest, continuous urban combat as part of The Battle of Ramadi. Under his leadership, Task Unit Bruiser played a crucial role in the re-taking of the city of Ramadi and restoring stability to the once violent city. As a result, his task unit became the most highly decorated Special Operations Unit of the Iraq War.

After Ramadi, Willink went on to serve as the Officer-in-Charge of Naval Special Warfare Group One Detachment for three years, where he designed, developed and oversaw the training of all West Coast SEAL Teams. With his training, SEAL Platoons and Troops were prepared for harsh and violent combat scenarios similar to those faced by his unit in Iraq. While serving in this post, Willink also led the charge for the doctrinalization of leadership curriculum within the SEALs and personally trained, instructed and mentored SEAL officers.

For his tour in Iraq as a platoon commander, Willink received the Bronze Star with Combat “V” and for his leadership of Task Unit Bruiser, he was awarded the Silver Star. Willink has also received a number of other awards recognizing personal and unit achievements during his career. Willink is now one of the co-founders of Echelon Front, a leadership training and consulting group that uses the lessons and skills learned by Willink and co-founder/fellow Navy SEAL, Leif Babin, during their military service to educate, train, mentor, and inspire leaders and organizations to achieve total victory. Echelon Front offers unmatched solutions in leadership, strategy, innovation, management, team building, contingency planning and crisis management developed and proven in the U.S. Navy SEAL Teams.

A fan of mixed martial arts, Willink has earned a black belt in Brazilian Jiu-Jitsu from world champion Dean Lister, has competed in Submission Grappling on the national level, and has trained dozens of professional fighters. He has also coached and cornered for a number of fighters in King of the Cage, Pride, and UFC events.

Willink resides in San Diego, California where he is also a co-founder and the Operations Officer for Victory MMA and Fitness, a MMA training facility

Jocko Willink – took the time to think about his messaging as it related to what we are currently experiencing at GE Aviation. Came to our meeting early to attend/watch speakers that presented before him. Employees felt that he was the best guest speaker to date. Received a standing ovation. Very polite and professional to work with.

People were PUMPED to hear him speak, and I think he did an awesome job. I can only imagine how great he is in person. A bunch of folks posted about it on Linkedin and tagged him. I would have listened for another hour, and we definitely had more Q&A we didn’t get to. All in all, really powerful and motivating message that I hope we can leverage at OwnBackup going forward. Thanks again for making it happen. 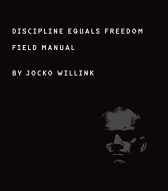 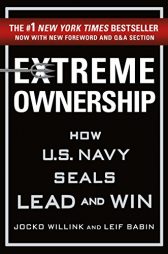 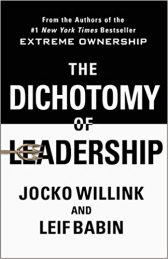