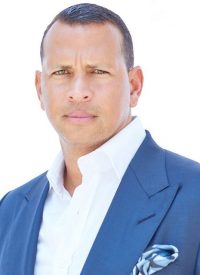 Best known for his unparalleled accomplishments on the baseball field, Alex Rodriguez stands as one of the greatest athletes in the world. Through the course of his 22-year career, Mr. Rodriguez hit an extraordinary 696 home runs, has hit more grand slams than any person in history, and is one of only 29 players to join the 3,000 hit club. Mr. Rodriguez is a 3-time MVP, a 14-time all-star, and a 2009 World Series Champion with the New York Yankees.

Over the course of his iconic baseball career, Mr. Rodriguez also built a tremendously successful investment firm with the purchase of a single duplex in 2003. Mr. Rodriguez subsequently founded A-Rod Corp, and created a fully-integrated real estate investment and development firm, while managing a record-breaking baseball career. Following the company’s success in real estate, A-Rod Corp broadened its investment mandate to encompass assets across a wider array of industries, including sports and wellness, media, and entertainment. With a flexible and opportunistic investment mandate, the firm focuses on long-term ownership opportunities, where it can add value and deliver superior, risk-adjusted returns. Today, A-Rod Corp is a fully integrated investment firm, led by Alex Rodriguez and a team of seasoned investment professionals, that manages both internal and external capital and employs more than 500 people.

Mr. Rodriguez also maintains an active sports, television, and media presence. He currently serves as a special advisor to Hal Steinbrenner, co-chairman of the New York Yankees. In addition, Mr. Rodriguez is currently signed with three major television networks, including Fox, ABC, and CNBC. Notably, he joined Fox Sports as a MLB analyst in 2015 and became an Emmy award-winning baseball commentator within two years. He also serves as a collaborator on ABC’s Good Morning America and Nightline. Mr. Rodriguez is a guest on ABC’s Shark Tank , and in the Fall of 2017, will debut a CNBC television series in which he serves as a business mentor to former athletes facing financial distress.

In addition to his professional endeavors, Mr. Rodriguez actively engages in a variety of philanthropic initiatives. He currently serves on the Board of Directors of the Boys and Girls Club (BGC) of Miami-Dade, is a member of the Board of Trustees for the University of Miami, and remains actively involved with Florida International University. Mr. Rodriguez is passionate about education and has sponsored college tuition for over 30 students via his scholarship program.

Mr. Rodriguez resides in Miami with his two daughters, Natasha and Ella. 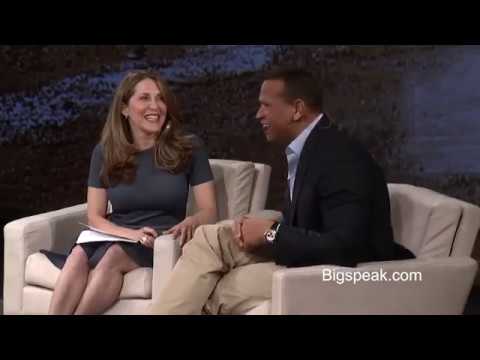 What I've learned from 22 years in baseball