The All-American Sport of Bipartisan Bashing

About Keynote Speaker Will Durst

Will Durst’s Key Accomplishments Include . . . As the sacred cows routinely paint targets on their foreheads practically begging for someone to puncture their pomposity, America cries out for a man with the aim, strength, and style to hit them where it hurts the funniest. Will Durst is that man. Sweeping both sides of the aisle with a quiver full of arrows dipped in common sense, Will Durst transcends party ties, having performed at events honoring former Presidents Bill Clinton and George HW Bush as well as acclaimed appearances at both a Mayors Convention and Governors Conference.

Outraged and outrageous, Will Durst is as current as today’s headlines, as accurate as a sniper, and universally acknowledged by even his peers as the nation’s foremost political comic.

More About Will Durst . . .
A Midwestern baby boomer with a media- induced identity crisis, Will Durst, according to the New York Times is “quite possibly the best political satirist working in the country today.” An equal opportunity offender, Will Durst is exceptionally adept at swatting both partisan political piñatas upside their heads.

Although a prolific writer, Will Durst professes little need for material, having it regularly delivered at 7:00 a.m. every morning in the five papers he reads daily. Busier than a blind squirrel neck deep in an almond sorting warehouse, Will Durst is a regular commentator for audible.com, Air America, CNN and NPR, writes a nationally syndicated op- ed column, daily website jokes—yet still finds time to perform hundreds of comedy shows every year—at clubs, corporate events, theaters and benefits…not to mention the occasional acting and voice-over role.

Reigning as C-SPAN’s favorite comic, Will Durst is a 5-time Emmy nominee and recipient of 7 consecutive nominations for the American Comedy Awards “Stand-Up of the Year.” Will Durst is the first comic invited to perform at Harvard’s Kennedy School of Government and the first American to be nominated for the prestigious “Perrier Award” at the Edinburgh Fringe Festival for the show “Myth America.” Will Durst has racked up more than 400 television appearances in 14 different countries while slinging jokes around the globe in his one man crusade to make people laugh out loud on purpose against their will. Will Durst’s hobbies include the never-ending quest for the perfect cheeseburger, while his heroes remain the same as when he was twelve—Thomas Jefferson and Bugs Bunny.

“Quite possibly the best political satirist working in the country today.”

“He’s an equal opportunity offender with a restless mind and delicious sense of language. Where most comedians give us attitude, Durst brings style and has one thing in common with the best: a sense of moral outrage.”

“Will Durst may well be the most brilliant political satirist operating in America today.”

“Thank you for your marvelous presentation at our Annual Meeting. You sent our physician members and spouses virtually rolling in the aisles. Your humorous barbs hit both major political parties with equal vigor, giving everyone in the room an opportunity to laugh regardless of political persuasion.”

“Never in my 21-plus years of being involved in this association have I seen a group respond so favorably to a speaker.”

“I would like to personally extend my gratitude for a wonderful evening of entertainment at the annual Marketing and Merchandising Excellence Awards. With witty humor you were the perfect fit as our host. We had nothing but raves about our master of ceremonies.”

“We’ve received dozens of letters and calls from guests who said that the Presidential Primary Gala Dinner was the best Washington, D.C. event they have ever attended. You are the reason for our success.”

“On behalf of the Association of American Editorial Cartoonists, I want to thank you for coming to our convention and throwing a perfect game. You were witty, topical, perceptive, professional, creative, daring and edgy.” 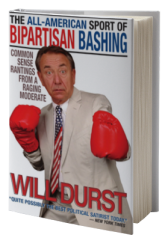 The Capitol Steps We put the MOCK in Democracy!
Jay Leno Comedian and Former Host of The Tonight Show
Greg Behrendt Comedian, TV Host, Co-Author, He’s Just Not That Into You and Writer, Sex and the City
Close