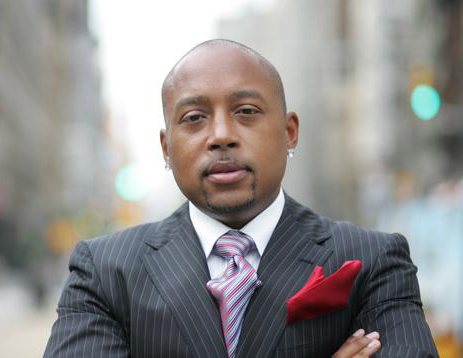 The Shark Tank effect continues to ripple across the nation, as President Obama recently appointed FUBU CEO and Shark Tank panelist Daymond John as one of his nine new Presidential Ambassadors for Global Entrepreneurship. The PAGE is a first-of-its-kind collaboration inviting input from prominent American entrepreneurs, whose ideas will help to provide more opportunities, education, and inspiration to aspiring businessmakers.

“At a time when the world is more interconnected than ever, we’ve got unprecedented opportunities to help more people access capital, resources, networks,” the Wall Street Journal quoted him as saying. “Entrepreneurship breaks down barriers between cultures, between faiths, at a time when we need more than ever the capacity to understand and work across borders.”

With the show’s increasing reach and popularity, it’s clear John has the capacity to affect real change.

In fact, John recently helped break down another business barrier for a March Shark Tank contestant: age. Mikaila Ulmer, the 10 year old entrepreneur behind Austin-based lemonade brand, Bee Sweet Lemonade, became John’s youngest business partner, when he agreed to invest $60,000 in her company for a 25% stake. “She knew her business, she knew where she wanted to go,” he said. “She has fresh eyes. If you have a new spin on it, it’s usually the simplest things in the world.”

John’s business deals exemplify the qualities that have risen him to success. His investment in Bee Sweet Lemonade demonstrates an appreciation of and openness to new ideas, as well as a rare level of risk-taking — it takes some courage to invest in such young talent. As John’s recent White House appointment shows, breaking barriers is what good business is all about.

Earlier this spring, John made another trip through Austin at this year’s SXSW Festival, where he teamed up with PayPal to award a company with $30,000. While there, he laid out three pieces of advice for entrepreneurs, 1. Try to create a strategic partnership – learn from a mentor and keep future financing or board backings in mind. 2. Take affordable steps forward, – don’t spend all your money on a deal, no matter how promising. 3. Have a healthy level of paranoia – someone else is always trying to out-compete you.

He also reminded those seeking connections or mentorships to aim a little lower, and seek out those on lower rungs of the ladder than the highest-ups. “Target the soldiers that are behind the scenes. Everybody targets the big guys – the big guys are busy. It’s often the everyday people that are really making things happen,” he said.

John reminds us that, no matter how big your ambitions, it’s good to start small — whether humbling yourself to the lessons of a mentor, seeking an in from a company insider, making conservative financial moves, or investing in the vision of a bright entrepreneur, no matter how small she is.