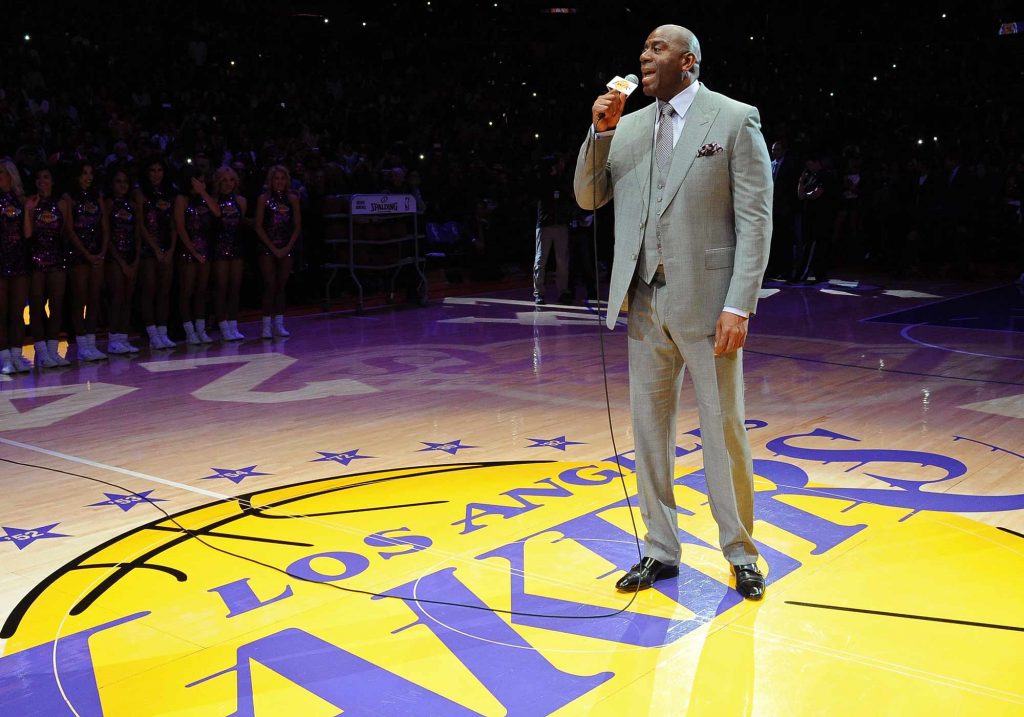 Johnson to Bring the Magic Back to the Lakers

Just three days before the NBA’s trade deadline the Los Angeles Lakers announced that Earvin “Magic” Johnson was named President of Basketball Relations for the team.

This announcement comes shortly after it was revealed that longtime general manager Mitch Kupchak was relieved from his duties. In addition, team president and co-owner Jim Buss was removed from his role as executive vice president by his sister, fellow co-owner, team president Jeanie Buss.

This news comes just three weeks after Johnson was brought back to the Lakers as ownership advisor to Jeanie Buss in “all areas of basketball.”

Johnson, a three-time MVP recipient, NBA Hall of Famer, and Olympic gold medalist, spent 13 years playing in the NBA. After his retirement in 1996, he maintained association with the Lakers and served as coach for a season. He also owned a share of the Lakers from 1994-2010.

Off the court, Magic is a successful entrepreneur. He is the chairman and CEO of the philanthropic Magic Johnson Foundation which works to provide services that address the educational, health, and social needs of ethnically diverse, urban communities. He is also a sought after keynote speaker.

Of Magic’s new role in the team, Jeanie said, “ I took a series of actions that I believe will return the Lakers to the heights Dr. Jerry Buss demanded and our fans rightly expect.

This major organizational overhaul aims at reviving the winning legacy of the Lakers and return the team to the NBA championships. Though the team has some work to do—having not made the playoffs since the 2012-13 season, the longest time in the team’s history—Jeanie assures, “Together, Earvin, Luke [Walton] and our new general manager will establish the foundation for the next generation of Los Angeles Lakers greatness.”

As an article in the New York Times stated, “In Johnson, the Lakers turn to their storied past in hope of a brighter future.”