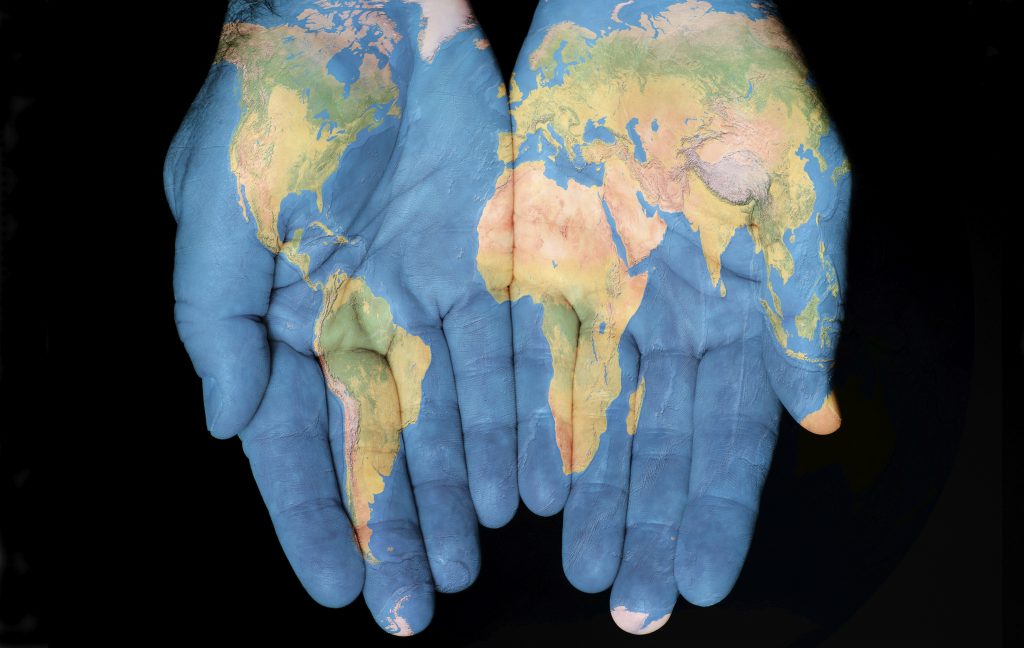 Peter Zeihan Talks Geopolitics in 2017 and Beyond

According to Geopolitical Strategist Peter Zeihan,“2017 is shaping up to be the most dynamic year in international affairs since at least 1945.”

Zeihan is a global energy, demographic, and security expert. He is the author of The Accidental Superpower: The Next Generation of American Preeminence and the Coming Global Disorder, and The Absent Superpower: The Shale Revolution and the World Without America.

In The Accidental Superpower, he notes that the reassertion of geopolitics as the rule by which the world operates, global demographic inversions, and shale energy will all lead to a period of U.S. domination across the next half century and possibly beyond.

In a recent interview with Peter High of Forbes, Zeihan discussed changes he foresees in three areas of geopolitics and international relations: the United States’s role in trade and global security, countries that will likely be the best partners for the U.S. engage in trade relations with, and several business sectors that will be most impacted in the near future. Here’s what Peter Zeihan had to say:

Peter explains that the U.S. is reducing its overseas footprint, even though its ability to intervene is increasing.

“What we have done with Special Forces, what we are doing with drones, what we are doing with satellite tech—the ability to reach out is higher than it has been for decades. But our need to do that with troops on the ground or maintaining the day-to-day order of the international system is going away. Further, Trump is taking a lot of the trends that already existed in American politics and kicked them up a notch. We are already going through this period of new isolationism and here comes a trade warrior who wants to renegotiate every trade deal on the books, specifically with Mexico and China…You put these things together and you get a United States that is transitioning from being the global guarantor of security, global trade, and energy markets to one that, at best, has stepped back from it all and, more likely, even sees a vested interest in disrupting it to a certain degree.”

Peter makes the case that the U.S. has not had a meaningful foreign policy towards either East Asian or Western Europe since the Bush senior administration.

“The Clinton administration did not have a foreign policy. In the George W. Bush administration, it was all Middle East, all the time. In the Obama administration, the Russian reset and the pivot towards Asia were basically just a little bit of window dressing to cover the fact that we were cancelling our Middle East policy.”

Peter reveals his views on what is currently an uncertain future for relations between Mexico and the U.S.

“My personal view is that there is going to be a wall, but I do not think it is going to be on the Northern border. The net migration from Mexico has been negative. It is Honduras, Guatemala, El Salvador and Central American migrants that are coming up to the United States. A wall on the U.S./Mexican border that would be 2,000 miles long is beyond the capacity of the United States to patrol in an effective manner. But Mexico’s Southern borders are only 500 miles long and are already rugged terrain. You could fortify that. Mexico is far more paranoid about illegal migration than we are. That is something that the two countries probably could have a constructive relationship on if they can get past the rhetoric.”

Peter explains why it makes the most sense for the U.S. to engage in trade and international relations with these two regions.

“In my view…Latin America, specifically Mexico, and Southeast Asia, specifically Singapore, Thailand, Indonesia, Myanmar and Vietnam…are the parts of the world that have good demography and where a combination of local consumptive capacity could marry well with American technology and military policy. Anywhere else in the world, you are going to deal with collapsing demographies so there is no market to access….These two regions are easy. They do not have a lot of heartburn and they offer a lot in terms of resources and markets.”

Peter predicts that the finance sector and the agri-business sector will be impacted more than any other sector.

Finance: “Money is mobile. We are already seeing a surge of skilled migrants moving away from countries that are in the economic doldrums and/or where civil breakdown is starting to happen to the United States. Based on whose numbers you use and how you define net versus gross, in the 2015 calendar year, there was $800 billion of capital flight from the Eurozone and another $800 billion of capital flight from China into North America. Ninety percent of that ended up in the United States. Because of American stability versus the rest of the world, we are basically importing everybody else’s capital.”

Agri-business: “When you make international transports safe, you allow countries that do not have the ability to grow a lot of food to grow something else. Egypt got into cotton. Korea started making cars and washing machines. They can use the import earnings from those products to then purchase food on international markets. The international markets for both those exports and imports are going away, not to mention that the ability of countries to import fertilizers, pesticides, and herbicides is going to be constrained. The countries that import all this crop are countries that have had the fastest population growth over the last sixty years. The countries that have joined the ranks of the major agricultural powers over the last sixty years are those that need imported capital and imported inputs. The result is probably a thirty to forty percent reduction in the ability of the world to grow food, much less transport it to end markets, much less those end markets’ ability to pay for it in the first place.”

“New Zealand, Australia, Myanmar, Argentina, France, and the United States. Of those, only Australia, New Zealand, France and the U.S. guarantee shipments of food products. If you are a farmer in one of those countries, you are set because you can have access to a starving world that will pay whatever it can to get your output….And, if you are in a country that has a net export capacity for food stuffs and has the military capacity to make sure that those crops get to their end destination, you are set.”

Peter lists several factors indicative of a fast-growing economy in the next 30 years, and which countries fit the bill.

“The countries that are going to do very well in the future have several factors going for them. One, they have a relatively young population and can consume a surprising proportion of what they produce and generate their own growth to a certain degree. Second, they need to have no international security issues, so they cannot be involved in any of the military conflicts that are about to crack the system. Third, they need the ability to participate in local regional supply chains to give them economies of scale and allow them to tap technology and capital from other sources. The three countries I anticipate being able to do that the best, in no particular order, are Myanmar, Indonesia, and Mexico.”

For the full interview transcript between Peter High and Peter Zeihan see here.