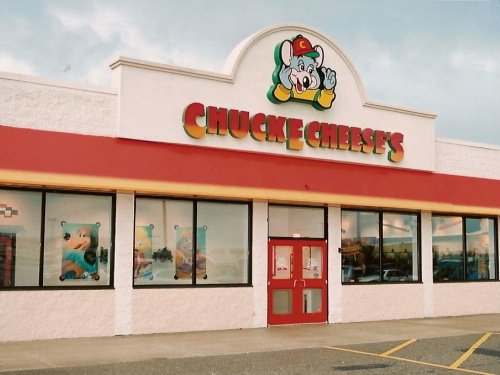 “Life is either a daring adventure or nothing.”

So said Helen Keller, and a few adventurous souls have taken those words to heart. Rather than sitting at a desk or punching a timecard, you will find them cycling around the world, climbing a Himalayan peak or performing another feat of human endurance.

But of course, a career does not start atop Everest. Every big life begins in places that are laughably small. For the latest in Reuters’ First Jobs series, a few legendary adventurers share stories of the first steps on their epic journeys.

I used to live right down the street from Chuck E. Cheese (a restaurant and arcade chain aimed at families) in Tempe, Arizona. On my first day they gave me a few options, like working the skee-ball area or giving out tickets, and I said: Not so much. Then they said, ‘Well, you could be Chuck E. Cheese,’ and I said yes. (Chuck E. Cheese is the chain’s mouse mascot.)

There were a few drawbacks to that. One is that you are not allowed to say any words or make any sounds, which is difficult when you have little kids hanging off you all day long. There are some evil children in the world.

Also, many times they had me walk on the street corner in order to attract people in. Keep in mind this was in the Phoenix area, so it was 100 degrees, and I was inside a big furry costume. It was excellent heat training for my later adventures.

I used to use a whole can of Lysol before putting that costume head on. God knows how many years of sweat were collected in there. The final drawback was that the only break area was a little place under the stairs, and the other employee who used it was a 40-year-old clown. He didn’t say much, but he looked at me a lot. So I spent way too much time under the stairs with the creepy clown guy.

Four-year bicycle journey around the world; National Geographic Adventurer of the Year

The summer after I left school, I needed to earn enough money for a plane ticket to Africa, to escape from the claustrophobically boring countryside. I worked on minimum wage for Ye Olde Mill Shop in Skipton (Britain). I had to stand on the street wearing a sandwich board and holding a sign pointing toward the shop. Time dragged, my feet ached something chronic, and on one particularly hot day I almost fainted and had to be revived by the local greengrocer.

But I made it. I earned enough money for that plane ticket to Africa. And stepping out for the very first time into the bright sunshine, heat and smells of that new continent was made all the more thrilling for those hours, days and weeks in the sandwich board. A new life was about to begin.

The first job I ever had was straight after leaving school. I realized that if I wanted to explore the world, then step one was to save some funds. My ambition was to travel to northern India to climb and get to see the mighty Himalayas close up.

I initially tried being a waiter, but quickly found I wasn’t good at that at all. It would have taken me forever to save enough money. The restaurant definitely did not draw high rollers who tipped well.

I figured that working for myself would be smarter, more fun and get me to the mountains faster. But the only skills I had were climbing and martial arts. I figured there could be a market teaching effective self-defense skills to busy professionals.

I dropped leaflets on 100 streets in the area of London that my sister lived in (where I could sleep on her sofa) and hired the local hall. Within a month I had saved enough for the airfare, and after three months I was good to go. My journey in life had begun.

(The writer is a Reuters contributor. The opinions expressed are his own.)