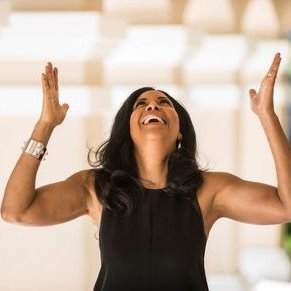 For the Love of Cookie: The Woman Who Holds the Johnson Family Together

After years of representing  Earvin “Magic” Johnson and sharing his story, we are thrilled to hear Cookie’s story.

Recently Cookie and Magic sat down with Robin Roberts of Good Morning America to discuss Cookies new book “Believing in Magic: My Story of Love, Overcoming Adversity, and Keeping the Faith” and the difficult life events the couple has faced together. Cookie and Magic revealed some of the wisdom they relied on to stay strong and work together during the difficult times.

Magic’s HIV diagnosis came only 45 days into their marriage. Magic says that after his diagnosis he told Cookie he would understand if she wanted out of the marriage, but Cookie cited her deep love for her husband and vowed to stand by him every step of the way. Today she wisely declares that “Marriage is a journey and sometimes along the way things will happen. Don’t be so afraid and run from it right away.”

Together the couple found the strength to publicly announce Magic’s diagnosis in 1992, and become advocates for HIV awareness. Magic attributes his wife as the sole source of this strength. When Magic gave the press conference announcing his retirement from the L.A. Lakers because of his diagnosis, Cookie was right there by his side, and pregnant with their first child.

“If she would have left me there’d be no way I’d be here today, no way,” says Magic assuredly. Magic also credits Cookie with helping him come to terms with their youngest son’s sexuality. Despite their strong religious convictions Cookie and Magic support their son E.J. who has openly come out as gay. Magic admits that it took him a little longer to come to terms with this fact but that through prayer and many long talks with Cookie he has realized that this is who his son is and he wants more than anything for his son to be happy. Cookie, who has always been a strong God-fearing woman, says that through much prayer God revealed to her that love was among the most important virtues and to “love your child”, and that is exactly what Cookie and Magic are doing.

Cookie’s tenacity in the face of a difficult situation developed not long after her parents’ divorce. After the divorce Cookie says that her mother’s role changed to sole-provider of the family and “Her focus was keeping a roof over our heads and food in our bellies–survival mode. Everything else, well, we figured out how to do for ourselves…We would be in charge of our own destinies.”

Cookie says she also learned early on that: “happiness was up to me– that it was, and always will be, in my own hands.” This ability, to find happiness in any situation, was something she brought into her marriage and shared with Magic. She was able to create happiness for herself and Magic even in situations when happiness might seem like a difficult thing to find.

From Magic’s HIV diagnosis, to accepting their eldest son coming out as gay, Cookie has surrounded her family with love and loyalty. It appears that when faced with a difficult situation Cookie does not shy away, she faces the challenge head-on, loves harder, and rallies her family together.

Cookie and Magic recently celebrated their 25th wedding anniversary. It is clear that their love for each other is what has held this family together and sustained them through undeniably challenging times. Magic says, he hopes that Cookie telling her story will be “empowering to a lot of women” and we are sure that it will be. We also think that with all of her wisdom Cookie should be doing some of her own speaking engagements–and we’d love to represent her! 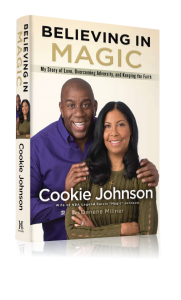