The world is changing. Rapidly. One need only witness the recent upheaval in Iraq and Syria with the rise and surge of ISIS militants, as well as the Russia/Ukraine conflict, fluctuations in the Chinese economy, and the status of the Euro. While demographic shifts are turning long-held assumptions about global and national economies inside-out and shale energy undoes decades of dependencies, the immutable rules of geography are breaking down established global free trade systems. The forces of change are even being felt on the soccer pitches of Brazil, as the world witnesses once-dominant, long-standing futbol dynasties being upended.

And it is all happening at the same time. How do we get a handle on all of this and frame it in a practical perspective? What will this new world-in-flux ultimately look like?

Peter Zeihan is a renowned speaker, expert and consultant on geopolitics. He studies the impacts of financial, economic, cultural, political and military developments across the globe and presents customized executive briefings to a wide array of audiences encompassing financial professionals, Fortune 500 firms, energy investors, and a mix of industrial, power, agricultural and consulting associations and corporations.

With a mix of analysis and wit, coupled with an engaging and accessible style, Peter shows what this new world looks like from any number of angles – government, corporate, financial, domestic and foreign – so audiences can understand what’s coming, and plan ahead. 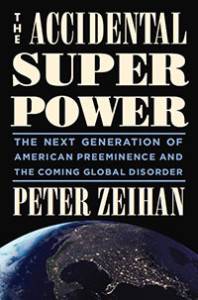 In his upcoming book THE ACCIDENTAL SUPERPOWER (hitting shelves in November), Zeihan examines how geography, combined with demography and energy independence, will pave the way for one of the great turning points in history – one in which, he posits – America will reassert its global dominance.He argues that no other country has a greater network of internal waterways, a greater command of deep-water navigation, or a firmer hold on industrialization technologies than America, and that the U.S. faces a promising future as the only country with enough young adults to fill the capital-generating void that will be left behind by 2030. 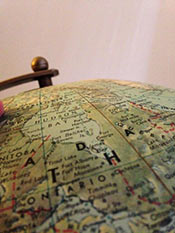 Featured in, and cited by, numerous news publications and outlets including The Wall Street Journal , Forbes, AP, Bloomberg, CNN, ABC, The New York Times, and MarketWatch, Peter breaks down today’s geopolitical issues and more, with unparalleled insight and expert analysis to forecast the impact on your industry, regardless of geography.