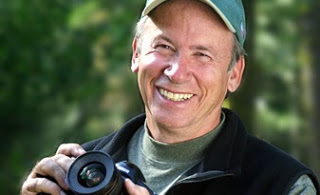 Summer is a time to get out and enjoy the great outdoors, and what better guide to help you capture all of that spectacular scenery than a National Geographic photographer? Dewitt Jones spent two decades working for the iconic magazine, from 1972 to 1992. He also enjoyed great success as an award-winning commercial photographer, creating memorable campaigns for clients like Dewar’s Scotch and United Airlines.

As an inspiring keynote speaker on creativity, Dewitt has worked with BigSpeak on numerous engagements, always to great acclaim (so much so, that a recent client, impressed with his presentation, actually re-booked him via text during his speech).Dewitt even came to our rescue as a last-minute replacement for an injured speaker, crossing the Pailolo Channel from his home on Moloka’i to address a YPO event in Maui during the Memorial Day weekend. 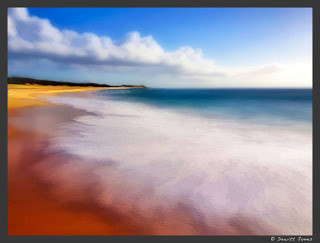 And now, with the designation of the iPhone as the world’s most popular and ubiquitous camera, Mr. Jones has created an app for that as well. Actually, it’s a break-out presentation that teaches iPhone owners how to best optimize the camera embedded in their phones (or vice versa?) to snap professional quality pics and alleviate those cropped heads and blurred images.

But wait, there’s even more in the Jones camera bag of tricks – an equally talented younger brother.

Dewitt’s sibling, Terry Jones is also familiar to BigSpeak clients as a popular speaker on innovation. Famous for combining his early experience and love of travel with computer savvy, his Florida – based company SABRE was bought by American Airlines. He then created Travelocity.com and was the CEO until 2002. After that, he helped found another travel site, Kayak.com and served as its board chairman. 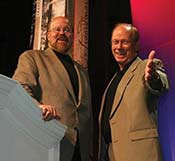 Although it happens infrequently (but shouldn’t), BigSpeak recently booked the two to speak together next month in Pebble Beach, with Dewitt on creativity and Terry on innovation. Imagine the one-two punch this confluence of great minds and vision could bring to your organization’s ability to generate the big ideas (and put them into action). Contact us for more information on bringing one (or both) of the dynamic Jones brothers to your next event.