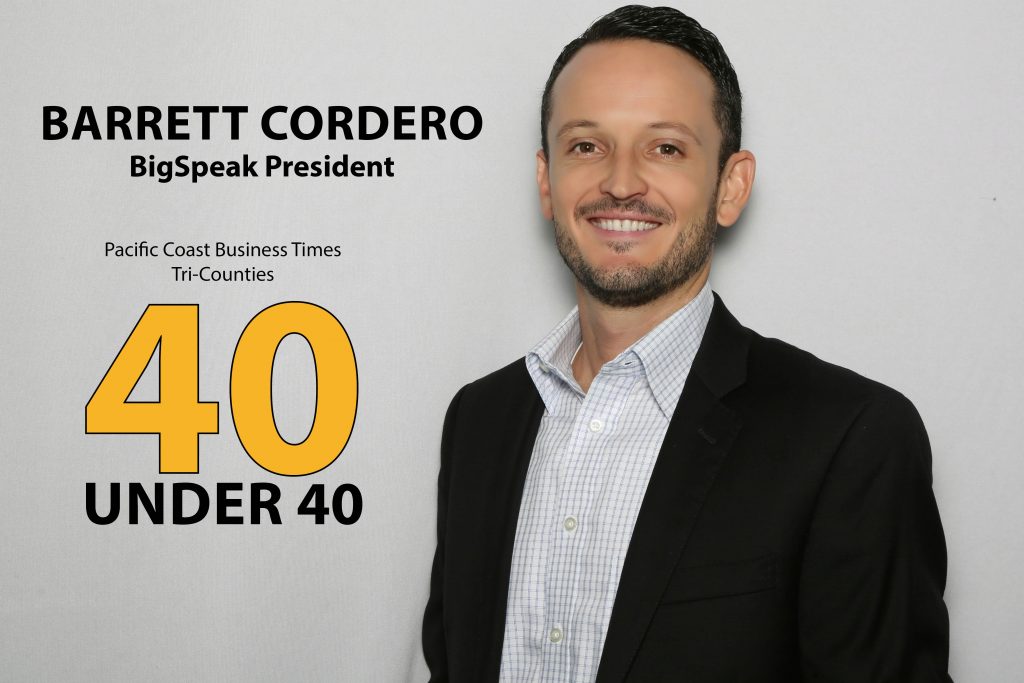 BigSpeak is celebrating President Barrett Cordero’s success as he has been recognized by Pacific Coast Business Times as one of this year’s Tri-Counties 40 Under 40.

Since Cordero moved from Sales Agent and Consultant to President of BigSpeak in 2014, the company has nearly tripled in size. Within the last two years, BigSpeak has hired 17 new employees and grown their business internationally.

BigSpeak is proud to have such a dedicated and promising leader and intends to grow their business under his direction to serve even a larger percentage of the Fortune 1000 and other global leaders.

Other additions to the 40 Under 40 list are AppFolio’s Nat Kunes and Whitney Kopf, Jillian Lipinski from American Riviera Banks, and David Valazques from the Santa Barbara Zoo. This next generation is reshaping leadership and the economy of the tri-county area.

EVP, Ken Sterling said about Cordero, “Working with Barrett over these last five and a half years has been epic.  He’s a great leader, very patient and growth-oriented. We’ve got a great team and that’s a big part of Barrett’s doing.” Our results over the last 5 years speak for themselves and if you like those – wait and see where we are in another 5.”