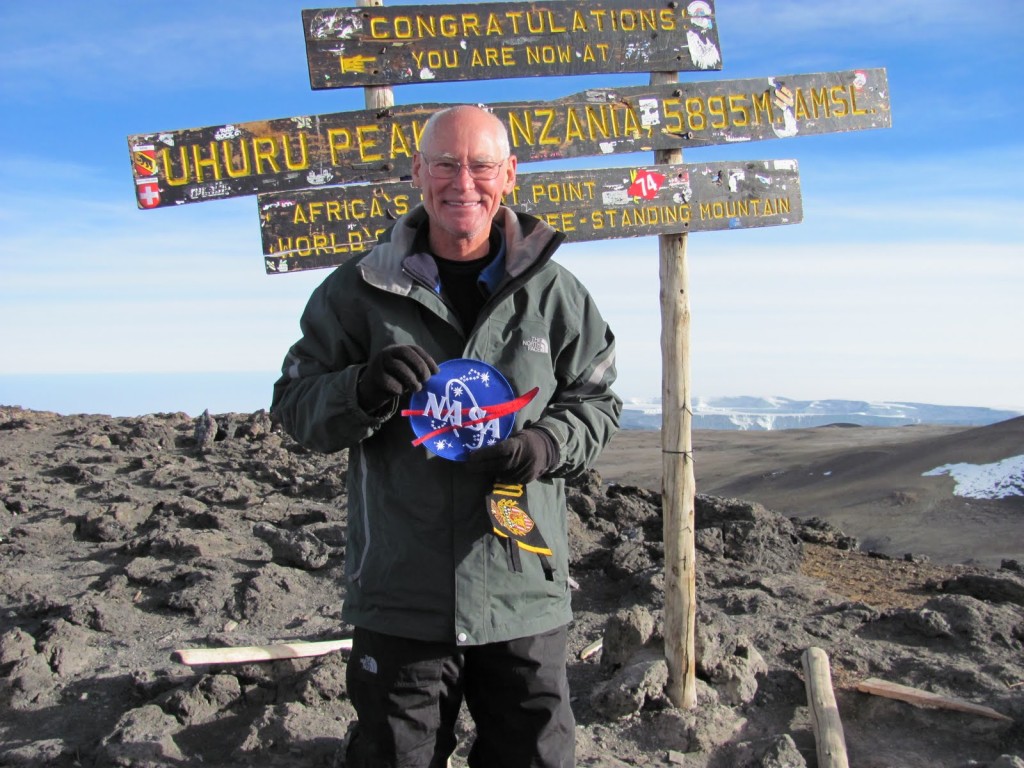 So, how did you spend your summer vacation? Many people dream of becoming an astronaut, but for Col. Mike Mullane, the dream didn’t stop there. After being selected as a Mission Specialist in 1978 in the first group of Space Shuttle Astronauts, he completed three space missions and logged 356 hours in space aboard the Shuttles Discovery and Atlantis before retiring from NASA in 1990. Since that time, Col. Mullane has become a prolific author, TV host and sought after speaker.

On July 23, 2010 Col. Mike Mullane achieved another dream, as he reached the summit of Africa’s highest peak, Mt. Kilimanjaro (19,341 ft). It continues to be a big summer for Col. Mullane as his memoir Riding Rockets: The Outrageous Tales of a Space Shuttle Astronaut, is on the Barnes and Noble 2010 recommended summer reading list. What does Col. Mullane have to say about his big adventure? “I would like to think it sends the message I preach on courageous self-leadership: to set lofty goals and be tenacious in the pursuit of them. Not bad for a guy who is 6 weeks from Medicare!”