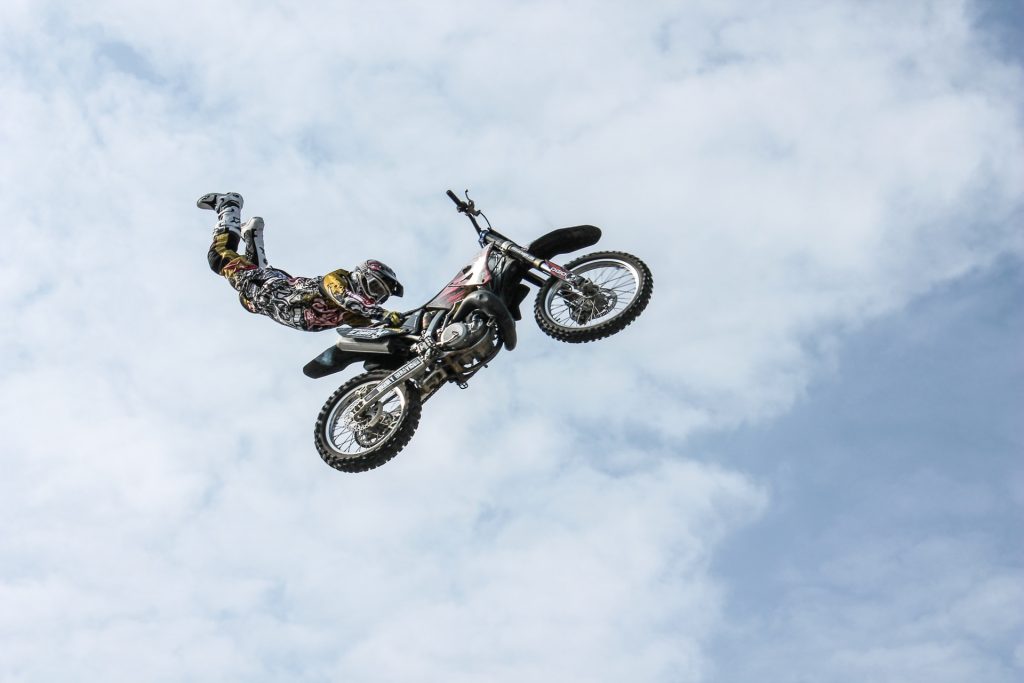 Taking the Risk Out of Risk-Taking

In the business world, there are plenty of ways to take a chance without putting yourself on the chopping block.

For many would-be entrepreneurs, the CEOs of major companies have become mythical figures — like Bill Gates, who risked it all by dropping out of school to pursue his passion. But does the man measure up to the myth? In an interview with the Harvard Business Review, Wharton professor Adam Grant revealed that Gates may not be the maverick many imagine.

When people tell the seemingly epic story of Bill Gates, according to Grant, they often leave out his failsafes: that he took a leave of absence from Harvard rather than dropping out, that he had a year of software sales experience under his belt, and that he was being financially backed by his parents when he founded Microsoft.

With all that in mind, there’s no doubt that Gates is a risk-taker. But like many other successful CEOs, the risks he took during his career were measured. So if the myth of the non-conformist is only partially true, what are successful risk-takers really like? And what kinds of risks should the rest of us be taking?

In his recently published book “Originals,” Adam Grant proposes an interesting theory: creative geniuses aren’t born with some innate drive lacking in the rest of us. Rather, originality is a skill within us all, which we can choose to hone or ignore.

But why hone our creativity? Study after study has shown that there are concrete benefits to being creative; that those who are willing to actively challenge their environment tend to experience more success in the workplace.

This attitude can manifest in the most seemingly tangential of ways — in a study on internet browser usage, for example, Michael Housman (CEO at Cornerstone OnDemand) found that employees who used Firefox or Chrome performed better, and stayed at their jobs 15% longer, than those who used Safari or Internet Explorer. In an interview with Freakonomics Radio, Housman explained that Chrome itself can’t make you a better employee, but making an “active choice to do something that wasn’t default” (i.e., deciding to install something other than the pre-installed browsers) can.

Risk It Without Risking It All

Risking it all is a romanticized notion. In reality, calculated risks will pay off much more in the long run. As seen in another study cited by Grant, when comparing startup founders who quit their day jobs to founders who began their companies as a hobby and eased into the transition, the latter were 33% less likely to fail.

Of course, these risks don’t always have to be as large as starting a company. They can be as small as voicing a dissenting opinion in a meeting, or mustering the courage to present a new idea to a superior — the fact of the matter is, dissenting opinions are useful even when they’re wrong. By calling an idea into question, you challenge your fellow employees to go back to the drawing board, reexamine their assumptions and produce a more creative (and effective) solution.

If you’re an employer, how can you cultivate a workplace in which employees feel comfortable taking risks? For one, it might be time to stop hiring for “cultural fit.” The reason? When you hire for cultural fit, you tend to employ people who think the same way you do. In his interview, Grant proposes an alternative — instead of hiring people who fit the mold of your current work culture, why not place a premium on people who can contribute to what your work culture is lacking?

By cultivating cognitive diversity, you’ll hire genuine devil’s advocates who will push your company forward, rather than letting it settle into a stagnant groupthink. Focus on choosing employees not for their cultural fit, but for their cultural contribution.

This article originally appeared on Business2Community