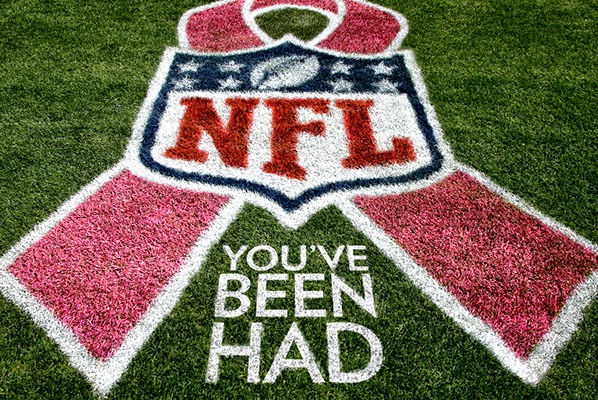 The Ice-Bucket Challenge: Can You Re-Brand A Disease?

Everything can be branded. Whether you are controlling the message or not, every person, organization, business, trend etc. has a brand image. While it’s hard enough to create a solid image for your product/company/artist etc., changing that brand image can be almost impossible. A disease can’t possibly be “branded” though right? Of course it can. Look at what Susan G. Komen and her organization did for breast cancer. They made the pink ribbon synonymous with breast cancer and helped increase awareness not only during October, but year-round. In addition, they made something that was once a female-centric issue relevant across the genders. Even the NFL gets involved in the cause yearly. This wildly successful re-brand has helped millions. The problem that causes often have when they try to rebrand themselves is they can come off too preachy or rely on confusing statistics. Finding a way around this is the key for effective fundraising.Enter ALS, Amyotrophic Lateral Sclerosis, or “Lou Gehrig’s Disease,” as it ended the career of the legendary Yankee player in 1939. Now, while Lou Gehrig is a sports legend and one of the greatest baseball players of all time, he retired 75 years ago and does not resonate strongly with the younger generations. ALS was in need of re-branding.

By now, everyone has seen a dozen (if not hundreds) of Ice Bucket Challenges. You pour a bucket of ice water on your head, and nominate one to three other people to do the same. They then have 24 hours to complete the challenge and nominate people or they have to donate $100 to the ALSA. When I first started seeing these challenges being posted on social media, I didn’t get it. I thought they were pretty silly. I really didn’t see the value in people pouring water and a few pieces of ice over their heads. So I started to see these challenges on my social media timelines and sure enough, people began to nominate me. Now, at first I was very skeptical of celebrities doing the challenge. People will take any opportunity to get some press, and I didn’t want to feel like I was exploiting people’s suffering for a few thousand Facebook likes. Then I looked into what ALS is. I learned about the disease and saw that it impacts people in the same way that cancer, lupus, Lyme disease, and others have severely impacted people that I know and love. According to the ALSA’s website, “as many as 30,000 Americans have the disease at any given time.” That’s when it really hit me.

As silly as pouring ice water on your head may seem, it made me educate myself about the disease. l. I hadn’t participated in the challenge or donated a penny yet, and the re-brand had already worked on me.

Awareness is the key. Has the ALS Ice Bucket Challenge been a successful fundraising tactic? Absolutely. I can’t believe I’m seeing people who most consider buttoned-up business-types like Tim Cook, Bill Gates, and New Jersey Governor Chris Christie dumping buckets of ice on themselves! People are utilizing their massive networks and it’s paying off! In less than a month, the ALSA has collected $31.9 million donations, compared to $1.9 million in the same time span last year. These numbers are nothing to scoff at. Still, the awareness is what matters. After that budget is spent, the awareness will still be there. People are talking about it, and that means they will ask their doctors about it, and that means more people will get the treatment they need sooner. We’ve all seen it happen, a disease that someone didn’t know anything about, didn’t even know existed, changes their lives forever. This type of increased awareness will put people on alert for the symptoms, and save lives.

In conclusion, I’d like to make one final point: I have read several derisive articles, and heard many people talking about the Ice Bucket Challenge in a negative manner. These people are saying that people are doing the challenge for the wrong reasons (social media validation etc.), and that more people should just donate. While I agree that anyone who has the means to donate should do so, regardless of whether or not they complete the challenge, I can’t help but feel like these detractors are missing the point. Great branding is about tapping into something in people’s consciousness, whether it’s fear, nostalgia etc., and exploiting it. In this case, the ALSA, albeit accidentally, played on people’s vanity. People are far more likely to latch on to a silly social media campaign than they are to read a pamphlet, or sign a petition, or watch a documentary. It’s brilliant organic marketing, and it should be celebrated, and mimicked, not criticized. I encourage all of my friends and followers to get involved, donate money and spread the word about this and any other cause by any means necessary.To make a donation, please visit: http://www.alsa.org/donate/