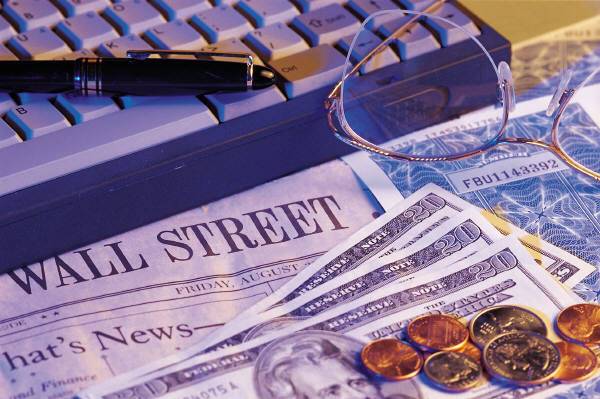 Crisis Equals Opportunity: Why You Should Dive In When Everyone Is Leaping Out

Do you remember where you were when the housing market crashed? Were you out weeding the garden, at dinner with close friends, or maybe just listening to a pop song on the radio when the news came on?

If you don’t remember where you were, what you were doing, or who you were doing it with that’s because the housing crash didn’t happen in one day. Mostly, the market collapse was a slow-motion train wreck with a few precipitous cliff drops during an 18-month period between October 2007 and March 2009.

The aftermath is probably the only part you remember. Your investments had lost half their value. Your house was valued at less than your mortgage. Plans for early retirement had to be postponed or canceled entirely. And the last place you wanted to put your money was in stocks.

But if you were a value investor, like Sir John Templeton, you were probably smiling. Not because John was a cruel, heartless bastard. Rather it was because the housing collapse represented the singular best buying opportunity in several decades. If you had invested after the crash (or kept investing all along), you would have seen momentous returns over the next decade.

Investing when no one else will is at the heart of what value investing is all about and the subject of top financial speaker Lauren Templeton’s book Investing the Templeton Way, based on the successful market-beating strategies of her uncle, Sir John Templeton.

How to Beat the Market and Make Millions

If you want to beat the market and make millions, the principles are quite simple. Executing those principles, however, is difficult. Here are four ways to become rich over time.

1) Buy stocks that no one else wants

You have to go against the crowd and all the conventional wisdom. You have to purchase stocks in companies or countries that don’t look attractive, that no one else seems interested in, whose price is undervalued.

While your friends are buying Amazon, Google, Apple, and whatever stock seems sexy, you will be buying stocks no one has heard of or have had a recent downturn. People will think you are stupid and tell you that you are making unwise choices. Except it’s these undervalued ugly duckling stocks that will make you the most money in the long run.

Sir John Templeton invested in Japan in the 60s when no one thought Japan would amount to anything. In the 70s, all those bets paid off.

2) Buy when no one else wants to buy

Volatility is a bargain hunter’s best ally. Crisis spells opportunity. When everyone is selling stocks because of a crash or crisis, this is the time for you to dive in and start buying.

Buying when prices are going down takes a strong stomach and a lot of courage. As Sir John Templeton said, “The best time to buy is when there’s blood in the streets.” Sometimes that blood may be your own investments.

You should also be prepared for a coming crisis. Have a wishlist of stocks of good companies you want to buy when their prices fall low enough to make a good company’s stock undervalued.

When the dot-com bubble burst, Sir John Templeton had his list of companies he was waiting to buy when the stock price was just right. For example, if a company was overpriced at $100 a share but a bargain at $60 a share, he already had the buy order in place for when the stock price fell to $60.

What separates the successful investor from the mediocre investor? It’s not luck, but the ability to do the extra legwork. Bargain hunters research companies thoroughly, find the information no one else can be bothered to look for, and seize the opportunities that no one else has spent the time to discover.

This means going beyond stock reports. The information in public stock reports is already figured into the stock price. If you do the extra work, you can find opportunities no one else sees and profit once everyone figures out that the company’s (or country’s) stock is a good deal.

Before the housing crash, a small group of investors read the fine print and realized that collateralized debt obligations (CDOs) were filled with subprime mortgages that were going to fail (Go see The Big Short for a digestible lesson on this from the late Anthony Bourdain). They did their homework, saw what no one else saw, and profited.

As a value investor, you must have patience. You will make sound decisions based on research that will yield results in the long term. These results may take years to materialize. While everyone is making money in the next big tech stock, or bitcoin offering, your portfolio may be underperforming. People will say your methods are wrong, out-of-date, and we are living in a new paradigm.

Take the 1970s, for example. The U.S. stock market was virtually flat for a decade. You would have seen no gain in your investments for ten years. By the end of the 70s, there were articles that declared stocks were dead and the future was real estate and gold.

However, had you ignored those nay-sayers and stayed in stocks, you would have seen everything in the market was vastly undervalued. You could have bought lots of bargains, bode your time, and experienced a tremendous rebound when Reagan was elected into office.

So if you want to be rich, it’s quite easy. You just have to go against the crowd, have a strong stomach, do your homework, and be patient.