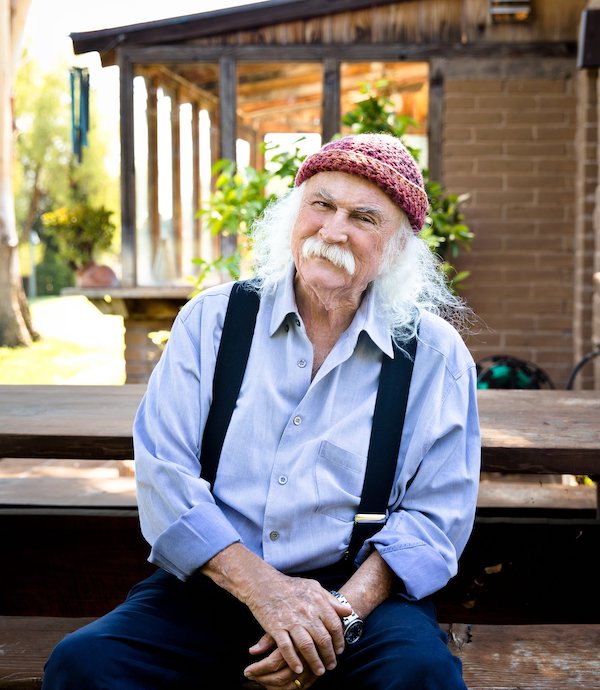 It’s his enthusiasm that you notice first. While his bio may say David Crosby is 77, that hasn’t stopped him from approaching life like a young man. While most of his peers—and fans too—have settled down to comfortable retirements and repeated watchings of Woodstock, Crosby is still writing songs, recording albums, touring, and advocating for the causes in which he believes.

In the past five years, Crosby who is also known as “Croz,” has recorded and released four solo albums. His latest album, Here If You Listen, was just released in Oct. 2018. Unlike his earlier releases, this album finds Croz collaborating and songwriting with a group of musicians for the first time in years. Fans of his earlier work won’t be disappointed with the results. The album features the same rich melodies and harmonies that you would expect from the man who penned classic songs like Wooden Ships, Almost Cut My Hair, and Shadow Captain.

Time hasn’t slowed Crosby down or his outspoken ways. You can find him expressing his mind and engaged on Twitter where he might be retweeting about the environment, posting about cannabis, responding to fan queries, or talking about music.

A longtime advocate of the legalization of marijuana, Crosby has recently added his voice to the advisory board for NORML (The National Organization for the Reform of Marijuana Laws). His goal is for cannabis to be decriminalized so people will no longer be jailed for marijuana use and they can recreationally enjoy it.

Always busy, Croz has added keynote speaking to his many endeavors, joining the exclusive roster of BigSpeak Speakers Bureau in Santa Barbara, not far from his home. In addition to speaking on his personal causes, he talks about music and his time in the rock & roll scene.

His singing and songwriting have earned him a place in the Rock & Roll Hall of Fame as a two-time inductee, the Songwriters Hall of Fame, and a Grammy for Best New Artist in 1969.

David Crosby would be appropriate for university music and government departments, especially those focused on Music of the Sixties or the History of Rock n Roll. For information about booking David Crosby for your next event, contact info@bigspeak.com