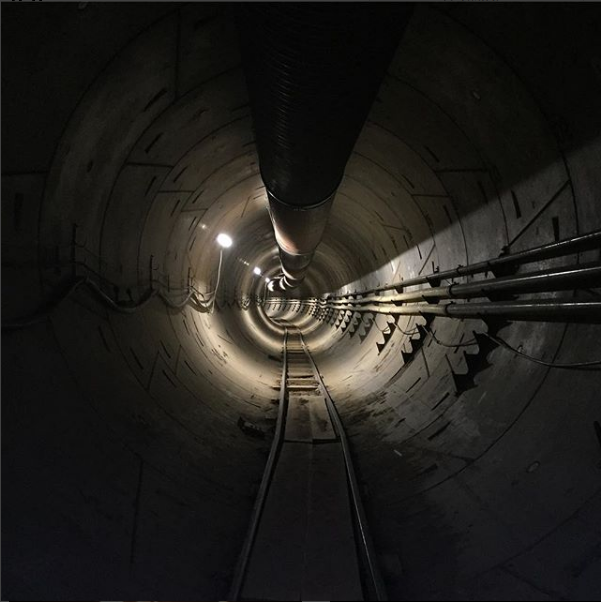 Elon Musk’s Groundbreaking Vision for the Future of Transportation

The groundbreaking ingenuity we’ve come to expect from futurist Elon Musk is now doing just that… breaking ground. For Musk the electric car was child’s play. The real innovation is taking place underground.

Elon Musk is taking the future underground with the actualization of his long-awaited idea for subterranean transportation. His company Boring Company recently began digging the first of what one day will be an intricate, high speed, underground freeway system.

The idea behind this new transportation was inspired by the permanently congested L.A. freeways that surround SpaceX’s headquarters in Hawthorne, CA. With one of the least impactful public transit systems, L.A. is notorious for its clogged roads and the problem has only worsened in the last decade.

Almost a year ago Musk tweeted “Traffic is driving me nuts. Am going to build a tunnel boring machine and just start digging…”

Unlike most angry traffic rants that calm by the end of the 5 o’clock rush hour, Musk followed through with his plan.

A little less than a year later the first tunnel, connecting SpaceX HQ to LAX airport, is underway.

It will include electric sleds that carry cars at 125 mph and are completely autonomous, allowing the driver freedom to do anything but drive. After the completion of the beta-tunnel, Musk plans to create a multi-layered network of roads that reach the entire city.

While the West Coast tunnels are being drilled, Musk is seeking government approval to begin drilling the “Hyperloop,” an underground tube that will move people and cargo from New York to D.C. in 30 minutes.

This underground transit more closely resembles a subway system on crack. Musk describes it as pods in a giant vacuum tube, rather than the L.A. sleds that will carry cars individually. The pods levitate above the tracks, suspended and propelled by magnets. The SpaceX team has already created and tested the technology for the Hyperloop. Musk says as of right now they are mostly working on clearing the red tape to begin construction.

In a tweet, he claimed to have received verbal approval to commence drilling. However, he must wait for written government approval which he expects to receive soon.

The technology has been worked out and the product has been born– the only thing between us and the future of underground high-speed travel is simply digging the holes.