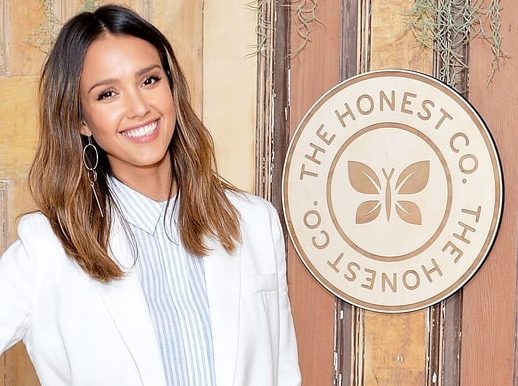 In the cutthroat world of capitalism, empathy and business are viewed as polar opposites. You don’t get rich by caring about your competitors’ feelings.

Since founding her eco-friendly business in 2011, the Honest Company has racked up over 300 million in sales and been valued as high as 1.7 billion dollars.

At Summit LA17, I had a chance to participate in an intimate fireside chat with Jessica Alba and Alex Banayan, the writer who profiled her journey to success—and the journey of other successful people— in the book The Third Door.

Alba chatted about how she was inspired by her childhood illnesses and her own journey as a mother to envision a company that could be successful while also providing products that were fairly priced and safe to use.

Inspiration for the Honest Company

Looking at Jessica Alba now, you wouldn’t suspect she had been battled illness as a child, or that she had gone to 11 schools by age 11 (courtesy of her father being in the Air Force, not because she was a badass). However, it was these experiences of dealing with disease and always being the new kid that taught Alba the important lesson of how to empathize with others.

In her chat, Alba related how she suffered from multiple illnesses ranging from asthma to pneumonia and was a frequent visitor to the hospital as a child, undergoing the knife five times. In addition to appendix and tonsil surgery, she also had kidney surgery due to an infection.

Her empathy only grew when she became a mother. Having suffered from multiple illnesses, Alba was acutely aware of the effects toxic elements could have on the body.

While shopping at the local grocery store, she would look at the packaging for common household and food products to see what was safe. However, the obscure names and convoluted labeling made it hard to figure out what was healthy and safe for her or her child.

That’s when she had her Eureka moment, inspired by her empathy. She couldn’t be alone in her concerns for safety. There had to be other parents out there who worried about the health and safety of products purchased for their children. Other parents needed affordable products they could trust.

Thus was born the concept for the Honest Company.

Empathy was a tough sell

While the solution to parent’s safety concerns was obvious and clear to Alba, the same couldn’t be said for investors. Venture capitalists and bankers couldn’t see the connection—or profit potential— between empathy and entrepreneurship.

She developed a 100-page deck to pitch her idea of healthy, safe, and affordable products only to hear crickets. Fortunately, years of working in the entertainment industry had taught her the power of perseverance in the face of rejection.

She knew this service would help families everywhere and she couldn’t take no for an answer. Eventually, her company was funded and it continues to thrive today, proving that empathy and entrepreneurship can co-exist in the marketplace.

Ken Sterling is the Executive Vice President and Chief Learning Officer at BigSpeak. Ken holds a Ph.D. in Organizational Leadership from the University of California, an M.B.A. from Babson College.

Kyle Crocco is the Marketing Coordinator for BigSpeak and has a Ph.D. in Education from UCSB.