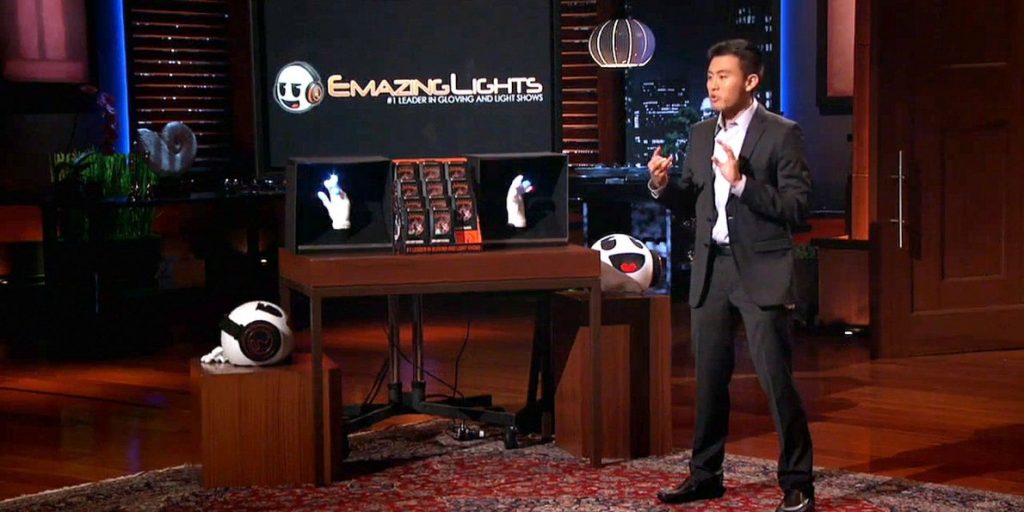 Over the past nine seasons, ABC’s Shark Tank has reinvigorated entrepreneurship in America and inspired a new generation of entrepreneurs to dream bigger and dive into the unpredictable waters of the Shark Tank.

Winning four Emmys, the show has also secured its place as one of the top entrepreneurial television shows in American households. So while you’re anxiously waiting for the season premiere on Sunday, October 1, here are some entrepreneurial shows to entertain you and sharpen your shark senses.

Small Business Revolution was created to spotlight the impact small businesses have on the economy and our communities and to help small businesses thrive (particularly those in small towns). In season one, Shark Tank judge Robert Herjavec joined the business service firm Deluxe to mentor small business owners in Wabash, Indiana and invest in their businesses. Season 2 will feature a new town (to be announced on February 9) that will receive mentorship and a $500,000 investment.

That’s right, Vanilla Ice has gone from rapping music to rapping nails. But this is no new development. The 90’s pop icon has been flipping houses and turning a profit for nearly two decades. This DIY show, now in its seventh season, features Vanilla Ice and his process for real estate investing and renovation as he and his crew of contractors work together to flip mega mansions in Palm Beach, Florida.

Billion Dollar Buyer, on CNBC, introduces promising companies across the country to one of America’s most successful businessmen: billionaire hospitality mogul Tilman Fertitta, the Chairman, CEO, and sole shareholder of Landry’s, Inc. and the Golden Nugget Casinos.

Fertitta returns for season 2 to help two small businesses in each episode. He assesses the potential of each product or service for his restaurants and casinos, and offers recommendations for improvement. After the entrepreneurs have had time to implement Fertitta’s advice, a deal is not guaranteed: whether or not they land an offer is entirely up to Fertitta.

When Marcus Lemonis isn’t running his multi-billion dollar company, Camping World, he goes on the hunt for struggling businesses that are desperate for cash and ripe for a deal. On The Profit, Lemonis offers his expertise and cash to struggling businesses for a piece of their business and a percentage of their profits. Once inside these companies, he’ll do almost anything to save the business and make himself a profit; even if it means firing the president, promoting the secretary, or doing the work himself.

Planet of the Apps

App makers have 60 seconds to give their “escalator pitch” to the judges on a literal slow-moving escalator (the show’s visual twist on the ‘elevator pitch’). Judges then vote on whether they want to hear the idea in more detail—after which they vote on whether or not they want to mentor the developer for a chance to help them win funding at the end of the show.

The stakes are high and the listing prices are higher as three rival agents, Fredrik Eklund, Ryan Serhant, and Steve Gold are pushed to the limit managing their personal lives while moving some of the most expensive and luxurious properties in New York City. Now in its sixth season, Million Dollar Listing offers a view into the professional and, at times, personal lives of these three relentless agents and their intertwining relationships as each agent fights for their share of the market.

The Bravo series will take fans inside the business partnership and friendship of Douglas Elliman, real estate mogul Fredrik Eklund, and Skinnygirl Founder Bethenny Frankel as they work together to scout, buy, design, and sell multi-million dollar properties in New York City. Fredrik describes real estate and property flipping as the backdrop of the show which provides a very real glimpse into the personal lives of Frankel and Eklund. Fun fact: “Keeping it Real Estate” wasn’t the first name that got tossed around for this equal parts entrepreneurial house flipping and reality show. Early on, Bethenny and Fredrik wanted to name the show “Flip a Bitch,” before the name was ultimately nixed by the network. Keeping it Real Estate has not yet aired on Bravo, but we’re so excited we had to tell you about it!