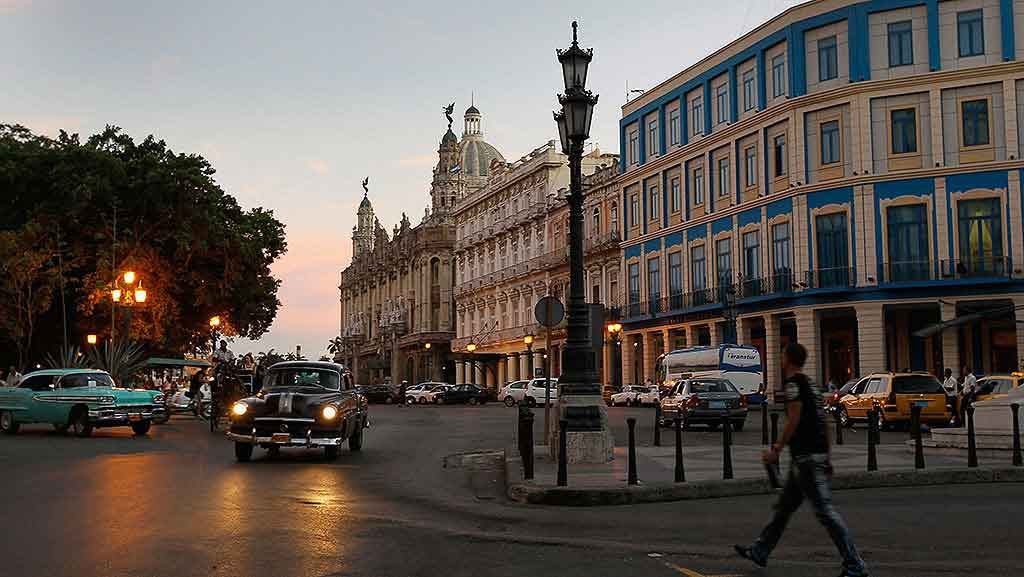 The Future of U.S. Business in Cuba—Revisited

Nearly two years ago, when Obama and Cuban President Raul Castro chipped off a small piece of the giant block that is the century-long embargo between Cuban and the U.S., we featured Ann Louise Bardach’s article, titled As Obama Makes History over Cuba, will the Castros be the Real Winners?, in our December Newsletter. Considering the futurist theme of our current newsletter, along with the recent death of Fidel Castro, and the U.S. election of Donald Trump, we thought it especially relevant to revisit the subject and look into the future of U.S.-Cuban business relations.

President-elect Trump has been vocal about his stance on recent U.S.-Cuban relations, claiming that Obama gave Cuba too many concessions and should have cut a “better deal.” At a campaign rally in Miami, he said he would reverse the deal President Barack Obama reached in 2014 unless the Castro regime agreed to free political prisoners and restore political freedom.

With the current state of affairs, many are left wondering, what role can and should the U.S. play in Cuba’s transition in a post-Castro, President Trump world? Will the foreign relations opening initiated by Raul and Obama accelerate or come to a grinding halt?

Since 2014, ties have been relatively restored. Obama used executive actions to ease certain trade, travel, telecommunications, and agricultural restrictions. Some U.S. companies are even doing business in Cuba already, or at least paving the way to do so:

Google has a deal to set up Wi-Fi access and broadband access in Cuba. With only 5 percent of the residents of the island nation having access to the Internet, this would not only benefit Google but access to Wi-Fi could mean a lot to the future of business in Cuba.

United Airlines, American Airlines, Southwest, and JetBlue, among other airlines, are urging the Department of Transportation to award them a share of 20 daily round-trip flights to Cuba.

AT&T is in discussions with Cuba’s state telecom monopoly, Etesca, to make a deal, according to a Reuters report

MasterCard announced it would start processing U.S. credit card transactions in Cuba, making it the first major credit card company to do so.

Airbnb began offering Cuban accommodations to authorized U.S. visitors almost a year after President Obama eased travel restrictions. Airbnb has accommodations in nearly 40 cities and towns in Cuba. Airbnb says that some Cuban hosts have family and friends in other countries who handle their listings.

Despite Trump’s protestations over the deal made between Obama and Raul, Ann Louise Bardach predicts that it is “very unlikely there will be any significant changes from the current Obama economic opening.” She says this because “Trump is a businessman and has long been interested in hotel possibilities in Cuba well before 2016.” She also predicts that “he’ll make some rhetorical concessions for hardliners in Miami and leave policy mostly alone…If for no other reason that Russia and Putin have quite a presence in Cuba (a listening post at Lourdes in Havana!) as well and it is unlikely that he’ll want to take that on.”

As far as the future of U.S.-Cuban business relations go, geopolitical strategist Peter Zeihan predicts that there will be three primary changes that will emerge from the thawing of the last vestiges of the Cold War:

Already underway, Cuba’s tourism sector is poised to soon become the top Caribbean destination for American tourists, and within a decade should be well on its way to resume its position as a sort of tropical Las Vegas. The embargo doesn’t even have to be lifted for this to happen. In fact, Carnival is already selling tickets for cruises that will dock in Cuban ports later this year.

Cuba’s sugar industry is historically far stronger than America’s and has operated with far lower costs. The island’s proximity to the Intracoastal Waterway and the Mississippi will vastly simplify the logistics of the sugar trade and distribution within the U.S. market. Sugar production is set to at least double in the half-decade following the lifting of the embargo as investment flows into Cuba’s cash-and-tech starved sugar industry. The biggest obstacle is the U.S. sugar lobby (far more powerful than most people realize), but America’s other agricultural producers will likely prove more formidable as they clamor to access a Cuban market heavily dependent on food imports.

Manufacturing is perhaps one of the most frequently overlooked impacts of an American détente with Cuba. Although Cuba’s educational and vocational training system is vastly outpaced by the United States, Cuban wages are a mere fraction of what they are in the U.S. Cuba’s proximity means that the island can be integrated into U.S. infrastructure and supply chains relatively easily, as well as NAFTA/CAFTA. Training, infrastructure, and industrial plant buildout will take a decade, but the economic argument behind integration is solid.

In her 2014 article, Bardach posed the question, as “Obama makes history, will the Castros be the real winners?” She stated that while “America relieved itself of a 50-year headache…it is the bankrupt Cuban economy that has been rescued.”

Today though, with the headache fully subsided, it seems that the U.S. business sector may also have something to gain from the opening of foreign relations with Cuba. Numerous U.S. business executives have flocked to Cuba in hopes of opening up shop on the island within the next few years. But for all the excitement and potential over investment in Cuba, significant hurdles still remain.

While the regulatory changes have opened up trade in the telecommunication and agriculture—allowing some U.S. companies to establish a physical presence on the island—most U.S. companies are still not allowed to invest in Cuba.

So it seems, as both of our experts agree, that despite the most recent leadership changes in both the U.S. and Cuba, foreign relations and trade will remain open between the two countries in the foreseeable future and private sector business will likely follow—moving forward at slow but steady pace, tackling one hurdle at a time.