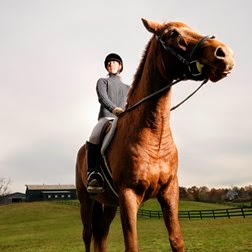 Get Back On The Horse: Recovering After a Bad Decision

No matter where you stand in the company hierarchy, no matter how well you’ve done your due diligence, and no matter how careful you are before committing yourself to a course of action, sometimes you’re going to crash and burn. Bad decisions are inevitable, and they’re rarely obvious except in retrospect. I’ve taken speaking engagements that, looking back, I shouldn’t have agreed to accept. It was a bad decision, and I wish I hadn’t done it. But I learned a lot through the process.

Sure, you can minimize the occurrence and impact of mistakes, but short of hiding in your office and refusing to make any decisions at all, you’ll never be able to avoid them. Your leaders expect you to make decisions, often in the face of calculated risk—and there’s always, always an error rate. You make the best decision you can at the time with the information available to you.Instead of worrying about that error rate, keep reminding yourself that your bad decisions aren’t likely to kill your career or ruin the company. When Western Union turned down a certain Mr. Bell’s telephone in the 1880s because they considered it an electrical toy, that was a terrible decision—but Western Union still exists. When Yahoo! executives brushed off a funding request from Sergey Brin and Larry Page, leading to the independent founding of the ridiculously profitable Google.com, that was another terrible decision…but Yahoo! is still alive and well.Sometimes decisions go bad when something fails through no fault of your own. Recently, a friend of a friend sold a screenplay to a production company that was gung-ho about the project…until the founder unexpectedly passed away. Now the movie won’t be made. In some circumstances, it may simply be that of the thousands of possible decisions you can make on a particular issue, only a few can ever turn out to be good ones. Even so, if you learn from your failures, you’ll know—as Edison noted after over a thousand failed attempts to perfect the light bulb—what doesn’t work.RemountingWhen a bad decision becomes obvious, you have two basic choices: either you can give up, in which case everyone involved loses, or you can get back on the horse and try again. The recovery process can be painful, especially when your bad decision has affected others people’s lives—and the higher you’ve climbed the workplace ladder, the more people you’ll hurt. So here’s what you do when things go wrong:

1. Accept responsibility. Forget the blame game. Mature professionals not only accept personal responsibility when things go wrong because they screwed up, they do so willingly, even eagerly. Even when you’re a team lead and you feel your people have let you down, the responsibility remains yours; they’re your team, after all.

Closely examine what went wrong, deal with it, and learn from the experience.

2. Apologize and explain. Don’t make excuses; that’s just one way of shifting responsibility to someone or something else. Admit your mistake. Tell the people involved what went wrong, and genuinely apologize if warranted. Explain that you’re moving forward with what you’ve learned and plan to make it up to them. Be a class act, not a cringing excuse-maker, and people will definitely take notice…even if they have to be mad at you for a while first.

3. Take your lessons to heart. Once you’ve cleared away the rubble, be very careful in your next steps, and remember what went wrong in the past. This is especially important when faced with a similar situation. Next time, try something that seems more likely to work. It may also fail; but if it does, you now have two things you know don’t work in that situation. Ultimately, even a huge mistake can be a teaching moment; and though you might not see it now, it could end up being the greatest thing that ever happened to you. I know people who’ve made career-ending mistakes who are happier now than ever before.4. Keep going. As jazz legend Miles Davis once said, if you hit a sour note, it’s the next note that makes it good or bad. Make the best of a bad situation, and turn your decision into a minor mistake in the context of the whole. Take what you’ve learned and channel it into doing better, so the next note and the next are excellent; and before long, people will forget the sour one.5. Focus on the now. Until we invent a working WABAC Machine, there’s no way we can go back and change the past. So move on. Don’t forget about your mistake or the resulting lessons, but don’t dwell on them either. You made an error; so what? Even if you lose your job or damage your career, all you can do is move on. Put your experience to work by being the best you can be within your field.With Great Risk Comes Great RewardThe only people who make no bad decisions are those who make no decisions at all. They pay you to make decisions, and making decisions sometimes means taking risks. In such a case, all you can do is give the matter enough thought to minimize your risks, and move forward carefully with your eyes wide open. If you don’t take risks, you can’t get the rewards that come when those risks pan out.If you want a risk-free life, too bad. There’s no such thing. So like a baby gooney bird, keep spreading your wings and trying to fly. If you fall down, just get up, dust yourself off, and get ready for your next attempt. Eventually, you’ll soar.