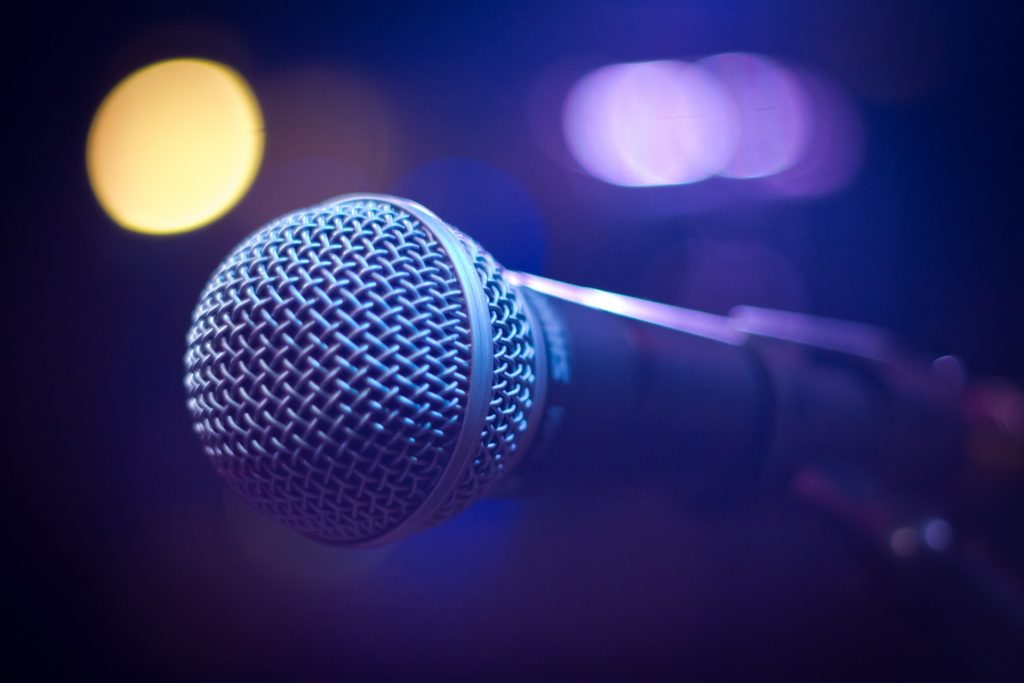 How the Best Keynote Speakers Deal with Stage Fright

From billionaire Warren Buffett to celebrity minister Joel Osteen, stage fright affects us all. Here’s how the pros overcome it.

Anyone who has had to speak in public, whether in a class or a board room, is probably familiar with that feeling of dread leading up to the presentation. Sweaty palms, the tornado of butterflies, and racing thoughts that precede the event can feel overwhelming and paralyzing — but these feelings are often an inevitability in the professional world. So what is stage fright exactly, on a biological level, and how do the pros make public speaking look so easy?

The fear of public speaking is one of the most common phobias in the United States, outranking financial ruin, sickness, and even death. An estimated 75% of people are afraid of speaking in public. As surprising as this may seem, it makes sense, considering our general social nature and concerns about preserving a sterling reputation and being universally liked.

Anxiety before public speaking is “normal” and can actually be traced back to our fight or flight response. When we encounter a stimulus that we perceive to be dangerous, our brain’s hypothalamus kicks into gear, releasing a hormone that results in the production of adrenaline. It’s this adrenaline that gives us butterflies, puts us on edge and makes our hands sweat as we prepare for an “imminent attack.” In the case of public speaking, of course, the attack is imagined, but the psychological and emotional experience is very real.

Stage fright can be intensified by a variety of other factors, including genetic predisposition, personality, and the stakes of the situation. I’ve spoken with the best public speakers — celebrities, star athletes, and top thought leaders who speak over 100 times per year — and they all admit to pre-performance anxiety. In fact, many feel it’s a sign of respect for the audience and their speech. Most have told me something along the lines of, “I’d be disappointed in myself if I wasn’t a little anxious — I’m not there to ‘mail it in.’”

As overwhelming and physically debilitating that performance anxiety can be, there are proven ways to harness your stage fright and deliver a rock solid presentation. This fear is a physiological response, not an emotional one, so speakers should work to adapt to its effects, rather than viewing them as an emotional hurdle to overcome. This perspective is key to limiting the fear’s grip on your being, as it lets you focus on what you can control.

One of the most obvious and important factors a speaker has power over is practice. Practice really does make perfect, increasing your familiarity with the material and alleviating some of the anxiety that goes along with delivering a speech. Steve Jobs, for example, practiced his speeches for hours on end, even weeks before he delivered them. Even Warren Buffett enrolled in a public speaking class to help manage his stage fright — the billionaire also taught a night course on investment principles to practice talking in front of strangers.

Megachurch minister Joel Osteen, who delivers a live sermon in front of 40,000 congregants every single week, was once crippled by stage fright. In order to overcome his fear and make his public speaking career possible, he had to proactively change his mindset. When overcome with stage fright, it’s easy to focus on negative thoughts and assume the worst, but Osteen consciously endeavored to replace such negativity with his own words of encouragement. “Wrong labels can keep you from your destiny,” he says. Even if you don’t believe them at first, keep the good thoughts flowing. Even positivity takes practice.

There are other simple tricks that are effective, too. Stretching your arms up over your head and breathing deeply right before you go on stage triggers a relaxation response from your hypothalamus, creating a sense of calm. In the end though, it’s a matter of facing your fears and doing what scares you most — and doing it a lot. As Warren Buffett says, “You’ve got to be able to communicate in life and it’s enormously important… If you can’t communicate and talk to other people and get across your ideas, you’re giving up your potential.”