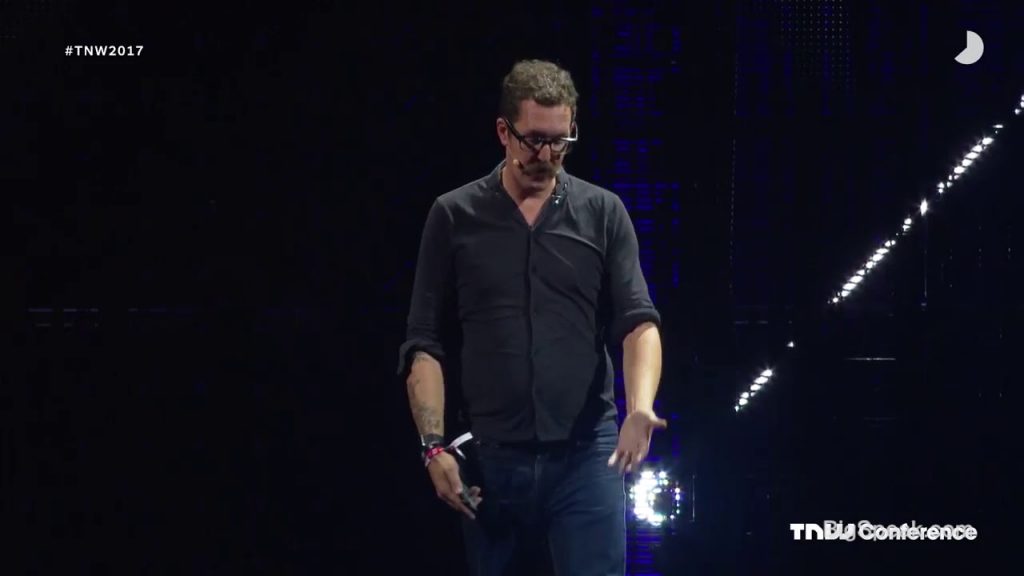 How to Be a Futurist According to Top Futurist Ben Hammersley

Stop waiting for experts to tell you what the future will be like. Learn to predict it. If you have always wanted to know where the world is headed (and it’s not “to hell in a handbasket” despite constant claims in the media), all you have to do is learn from a pro.

Keynote speaker Ben Hammersley is that pro. He has been predicting the future for years now. Not only do we have him to thank (or blame) for creating the word “podcast,” Hammersley has been an Editor at Large of UK’s WIRED magazine, and a consultant to the UK and US governments, helping them think clearly about the future. How does he do it, and more importantly, how can you start doing it?

If you want to better predict the future, use these four principal ideas.

Know technology is doubling in capacity every year or so.

You are probably familiar with Moore’s law which talks about the memory capacity of computers doubling every year or so. A similar technology law exists in every field. No matter what you’re looking at—from solar panels to lumens to performance to watts—you can find a law where the capacity for improvement is doubling.

Understand technology, politics, society, and culture all affect each other.

It’s not enough just to be strong in one field of knowledge. Knowing technology is doubling will not tell you where it is going or how it will be used. You must also understand trends in politics, society, and culture to know what the future holds.

When Hammersley saw the hoverboard fad take place, he didn’t see a technology device that broke people’s legs or exploded into flames. He saw a technology where batteries had advanced in capacity and motors in strength. He also noticed a trend in young people moving to cities and advances in the technology of cars. This led to a prediction that transportation would change in cities. A few years later scooters started appearing on the streets of cities everywhere like magic (or a plague, depending).

When technology was advancing less quickly, prognosticators could easily call out advances 20 years away. Now the forecast window for technology is limited to three years. However, for future movements involving technology, politics, society, and culture, Hammersley suggests windows of 2, 5, and 20 years.

For example, there are now mini-segway robots that can transport you or follow you around, carrying your belongings. Hammersley suggests this could be a device growing in cities because it can help older people carry groceries and travelers carry luggage. So then you might consider how airports and cities would have to be designed to accommodate more luggage robots in the future.

Finally, when thinking of the future, ask yourself two questions that consider the principle of constant, legacy-free reinvention. First, Hammersley says observe every action you take during the day and look at the purpose of that action, asking, “What problem is this action trying to solve?” When you take a drink, you are fixing your thirst. When you send an email about a project, you are trying to coordinate work.

Next, consider if you had to solve that problem for the very first time with today’s current technology, how would you do it? Some problems you might find aren’t problems at all and you can discard them. For others, you might have to spend lots of time Googling things until you end up with a better way of solving your problem. That is legacy-free reinvention.

If you follow these four principles, you will be better able to predict our near future and provide tomorrow’s answers today. Maybe you’ll even invent a future business no one has thought of yet.