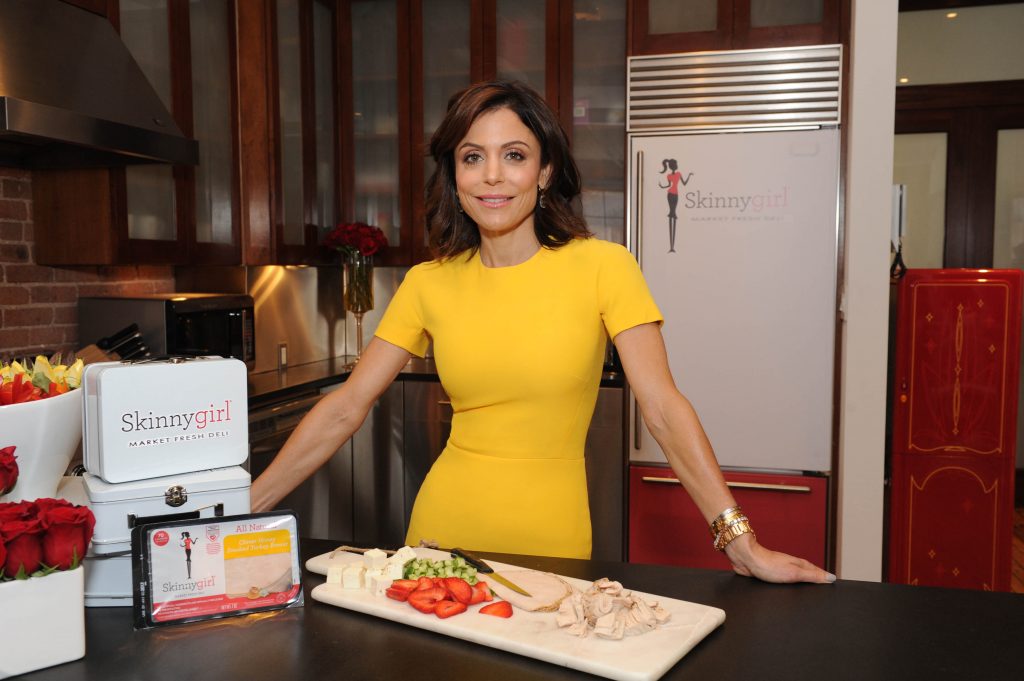 Bethenny Frankel is proof that you can get everything you want in your personal and professional life. The Skinnygirl founder beat the odds, forged her own path, and built a lifestyle brand empire and a family. Her secret? Work from a place of yes.

“I’ve gotten a lot of No’s in my life,” she says. “I think the most important thing in business is knowing that people will tell you ‘No.’ But never assume that anyone is smarter than you, and say ‘Yes’ to your own dreams.”

A place of yes is all about getting to where you want to in your life, regardless of what it is. It could be getting married, it could be becoming a CEO (and it could be both of those things!). But it’s about how to get there despite any derailments.

Here are some of Bethenny’s rules for getting everything you want out of life as told in her book, A Place of Yes.

“‘Breaking the chain’ means recognizing the patterns you are carrying forward in your life, patterns that belong to your past, and choosing a different way when those patterns are destructive,” explains Bethenny.

Growing up in a home where her mother and stepfather argued often and moved homes seven times in one year, Bethenny has described her childhood as “colorful, exciting, and stimulating,” but also “lonely, frustrating, and sad.” She was determined to break the chain when it came time to raising her own daughter.

Break the chain by celebrating coming into your own as an adult who is in control of your life. Your past happened, and it’s part of you, but you don’t have to carry forward the bad habits, bad feelings, and ideas about who you are. What happens from here on out is entirely up to you.

Only you can truly know who you want to be, what you want out of life, and what the right path for you could be. You have to go with your gut and go after your dreams in your own way.

Bethenny’s friends and lawyers told her not to go on the Real Housewives of New York but she felt that it would be a good opportunity. She went on the show despite the well-meaning naysayers because she felt in her gut that it was the right move.

It turns out it was a good move because the show proved to be a great platform to build her brand, her business, and her audience.

Find your truth by investigating yourself. What are your desires? What feels right to you? “Listen to your gut and celebrate who you really are, apart from anyone else’s expectations,” advises Bethenny. “Knowing your truth will make every decision in your life easier.”

When Bethenny came up with the concept and recipe for the low-calorie margarita, she pitched her idea to all the big liquor brands, and they all turned her down. Not deterred, she decided she would develop the product on her own.

After growing the brand by herself, many of the big liquor brands that originally turned her down began copying the idea of a low-calorie cocktail. That’s when she decided to sell to Jim-Beam to expand the brand internationally and remain competitive against other big name liquor companies.

Act on your beliefs and instincts and the things you know about yourself.

All roads lead to Rome

Even when you act on your instincts, you won’t always know what lies ahead. But if you keep moving forward you will get somewhere good if you stay focused on what you want.

Bethenny’s resume is far from conventional. She has worked as a production assistant on the set of Saved by the Bell, a personal assistant to Kathy Hilton, a natural foods chef with Bethenny Bakes, sold Pashminas at house parties, and appeared on Martha Stewart’s The Apprentice—where she was runner-up—all before appearing on the Real Housewives of New York (RHONY) and creating Skinnygirl. While her jobs and experiences are diverse, everything she did was a unique step down the road that made her stand out to get to where she is today.

“All roads lead to Rome” means “if you stay on your path, you’ll get to the place you wanted to be—even if it isn’t what you expected.”

Separate from the pack

To find your calling and to succeed on the path you’ve chosen, sometimes you have to step out of the crowd and remember who you are. You’ll distinguish yourself, and you’ll have a much better view of where you are going.

Bethenny separated Skinnygirl from the traditionally calorie-heavy, male-dominated marketing of the liquor industry by making a low-calorie cocktail and marketing it specifically to women. The result? She virtually created the low-calorie cocktail industry.  Also, before she joined the cast of RHONY and built Skinnygirl, no one really expected you could build a serious brand and following on a reality television show.

“You can’t look to the left or the right to what someone else is doing to figure out what you’re doing,” she says. “But, when you separate yourself from what everyone else is doing, you will make your own market in unexpected places.”

When all is said and done, life is about connection. Come together in business and in life with people you care about and enjoy spending time with. They may be work colleagues or family or the partner you’ve chosen to share your life. Whoever they are, join forces with them.

Recently, Bethenny and fellow Bravo star Fredrik Eklund announced their new show Keeping in Real Estate. The dynamic duo bonded over their love of real estate when Fredrik helped Bethenny sell her New York City apartment. The show will take fans inside the business partnership and real-life friendship of Bethenny and Fredrik as they scout, buy, design, and sell multi-million dollar NYC properties.

“No matter who they are,” says Bethenny “get yourself right first and then you’ll be able to come together to do something even greater together.”

Follow Bethenny’s tips to accomplish your goals from a place of Yes, and don’t miss her in season 9 of Shark Tank, where she’ll premiere as a guest Shark.