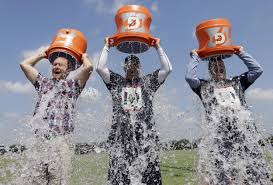 In 2014, Pete Frates who had recently been diagnosed with ALS came up with a brilliant way to raise money for a cure. He did not hold a bake sale, stage a marathon, or create a foundation, which are some of the traditional ways of raising money to support research. Instead, Frates hacked an innovative solution known as the “Ice Bucket Challenge.”

You probably saw one of the many videos on YouTube with people pouring ice water over themselves or even made a video of yourself getting drenched. The challenge became a viral sensation, attracting more than 739,000 new donors, and raising close to 150 million dollars for ALS. This is just one of the many exciting examples in Hacking Innovation, Josh Linkner’s new book on how to innovate.

If you’re looking to find creative solutions to solve your company’s problems in the present, Josh Linkner says “think like a hacker” today. While hackers have long been associated with cybercrime, the process of hacking is just an innovative way to solve difficult problems.

Here are a sample of five hacking “exploits” Linkner suggests you can use to overcome problems in your company.