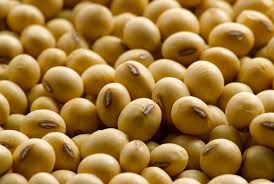 Innovation The Key To Increasing Demand For Soy

Soybean growers concerned about how their record crop will fare in the global marketplace need only to look at coffee, milk and even water for examples of other commodities that have been successfully repositioned.

Jeff DeGraff, the self-proclaimed “Dean of Innovation,” pointed to what has occurred in other industries as a model for increasing value of a commodity such as soybeans. DeGraff spoke here at the biennial Connections conference, held in conjunction with the annual meeting of the United Soybean Board.

“Innovation often happens at the commodity level, but we often overlook it,” said DeGraff, a consultant, author and business professor at the University of Michigan. “But here’s the challenge: In large industries that have so much scale, if you do not combine these things horizontally — across categories — you’re just big and slow. I think there’s a lot of possibility of growth beyond some of the things that you’re talking about. But to do that you’re going to have to think in a different way.”

That kind of thinking led to a number of success stories in marketing of established commodities, including Starbucks, which ushered in the era of premium coffees. Another example is beer and the trend toward microbreweries. Not to mention the grandfather of them all: bottled water.

“A lot of times when we’re at the commodities or materials end of things, that’s all we think about,” DeGraff said. “But what you need to think about is, as it progresses all the way through the supply chain to the customer, what could that become? Your advantage in scope and scale is going to put you in good stead. You can combine these things to make new products and services. High oleic is a great thing, but I think it’s a start. There’s more to the story than that.”

He acknowledged the presence of stiff competition around the world for the soybean market. And he cautioned against becoming complacent in an increasingly global marketplace.

“You’ve got a short window. Whatever you’re doing now, there are a lot of governments around the world who are doing it in their labs too,” he said. “And if you don’t have enough speed and magnitude, if you’re not fast enough and big enough, you’re relatively easy to catch. I applaud you. But you’re not creating a miracle drug here. It’s not a level of difficulty that cannot be copied. There are always competitors.

“The industry’s great and the association’s great, but we’re going to have to figure out how we’re going to make this work. In order to do this you have to watch the weather. Pay attention to what’s happening in the world. Look at where there are shortages. We’re going to have to think about growth in a very different way. If you seek growth, innovation isn’t your best friend. It’s your only friend.”

The development of new uses for commodities such as soybeans often comes from entrepreneurs who focus on shifting consumer tastes. DeGraff told of years ago hearing about a new use for soybeans that grew out of clever marketing.

“Everyone was talking about how no one was drinking milk, but there’s this whole generation, drinking soy,” he said. “This was taking a very old idea and putting it in a new package. Half of it was simply taking something that you had and packaging it in a different way, and instead of pushing it into the supply chain, creating demand from the consumer side.”

“Innovation doesn’t happen in upcycles when everyone is doing well. Innovation happens in down cycles,” DeGraff said. “When do people really change? When they change is when they get divorced, they lose the farm, they become unemployed, they become sick. Why do people change when their life sucks? Because the risks of trying something radical and the reward of staying where you’re at is reversed.

“The same is true of companies. In 1997, Apple was selling at $2.97 a share. The New York Times said, ‘Apple is dead.’ What happens when you’re almost dead? You take the safety off and play with a live round.”