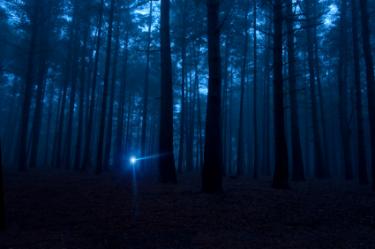 There is a dark, untold back story of innovation that may disturb you: many of the earliest forms of the world’s biggest technological advancements were pioneered by bad people in morally corrupt contexts. The most radical innovation in video streaming started in the pornography industry. The most sophisticated uses of messaging technologies started with drug traffickers and terrorists. Counterfeiters have pimped digital technologies to such an advanced state that governments are rethinking the use of paper-based currencies.

Why does innovation often start in dark places? When you’re working in the fringes, the normal risks and rewards associated with radical change suddenly become different: you have a lot less to lose, but you can also gain a lot more.

The relevant analogy here is a bell curve. The closer you get to the middle of the curve, the more things are pulled toward normalcy. The farther away you get from the middle, the more deviance you see. This is exactly where these dark places exist: at the high-deviance edges of the curve, at either the crisis points or points of exceptional success. I call this the 20/80 rule: it’s easier to change 20% of an organization 80% than it is to change 80% of your organization 20%.

If we want to combat these dark places and catch the people doing bad things, we need to move along the bell curve with them and perhaps beyond. We need to start innovating at the points of extremity, where things are going really well or really poorly, where the risk of failure is low but the potential rewards are high.

What can you learn from understanding this dark back story of innovation?

There aren’t bad methods—there are just bad people. We should not encourage—indeed, we should fight against—an innovation being used for an evil purpose, but we can still learn from the methods and use them for good.

In order to keep up, we need to move farther out on the bell curve. This means working in areas that make us feel uncomfortable. Keep your moral compass but travel beyond the traditional limits of the conventional map to terra incognita.

There will always be an insurgency. Use this as a motivation to do more: you can remain ahead of the other guys if you keep pushing forward and getting there before they do.

In their 1997 book, The Axemaker’s Gift: Technology’s Capture and Control of Our Minds and Culture, James Burke and Robert Ornstein argue that whenever anyone invents something good, bad people can co-opt it for their own wicked uses. The opposite is also true: what starts out as a bad thing can be transformed into something good. Keep your mind open. Don’t be constrained by black-and-white thinking with rigid distinctions.

Innovation is rethinking what you think you already know. It often happens when and where you least expect it. Remember that innovation is a form of deviance. Staying in the middle of the bell curve is no longer enough. Move toward the edges and see what’s out there. You might just shed a little light on these dark places.