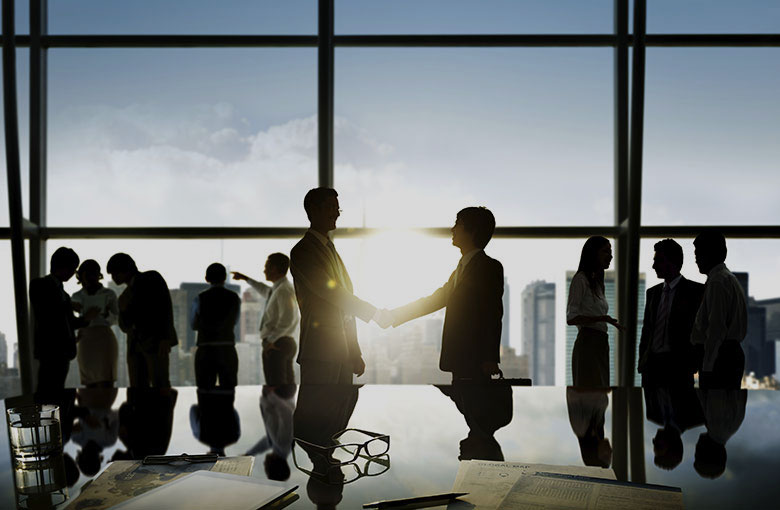 Leading During a Merger or Acquisition

During the past few years, mergers and acquisitions have been bustling in spite of such geopolitical surprises like Brexit and the U.S. presidential election. According to Tom Cane, managing editor of the Americas at Mergermarket—a company that tracks global M&A activity—2016 was the third best year on record for merger and acquisition deals. And M&A activity could be on the rise in 2017.

Since the 2008 recession, companies have been cautiously holding onto liquid assets. Now, with a tremendous amount of liquidity and a stable market, many companies want to spend that money on company growth through mergers and acquisitions.

Additionally, if President Trump delivers on his promises to “put America first,” boost GDP by investing $1 trillion in infrastructure spending, and loosen regulations and taxes on U.S. corporations, merger, and acquisition activity could continue to increase.

While mergers and acquisitions can be beneficial for corporate growth, they can also be disruptive to an employee’s sense of job security as well as team cohesion.

Here are some tips from executives who have successfully lead their team through acquisitions and mergers.

Opt for a trial period

“In a small company, you have to look at a merger as you would a marriage, in that you’re going to spend so much time together,” says William Lawrence, a professor of economics and entrepreneurship at the New York Institute of Technology. When possible you should opt for a trial period (or dating period, if you will) to get a feel for how the two teams will mesh.

Micah Paldino PB&J and his Cincinnati-based public relations and branding firm, have merged with two other companies in the past 19 months. Both times, Paldino and his prospective partner spent a full year testing the relationship by having their teams work together before they made the union official. “I would suggest anybody do a trial period before you merge,” says Paldino. “You really get to see how the other guy works and gauge your respective strengths and weaknesses.”

Empower your team and give them a voice

Founder and president of the Virgin Group Richard Branson advises executives and managers overseeing a merger to “find ways to inspire employees to think like entrepreneurs. A person’s own conscience is the hardest taskmaster of all, so the more responsibility you give people, the better they will perform.”

Seasoned global executive and change management expert Frits Van Paasschen explains that the first ingredient to creating a “change mindset is giving a sense of control to employees. Consumers love innovative products because they get to decide when and how to consume them. Give your team a voice in the change process and they will have that same sense.”

While it’s important to prioritize employee morale and cultural cohesion, in a merger situation, you have to take time to view team operational cohesion as well. In 2005, Coors and Molson announced their merger, and Frits Van Paasschen joined the newly merged MolsonCoors to head U.S. operations as President and CEO. Frits came in asking questions a lot of questions.

“This may feel like I’m quizzing you, but I’m trying to make sure I understand the constellation,” he told people. By connecting the dots in data-rich environments, Fritz says, “I’m creating an environment for tens of thousands of people to do their job as well as possible.”

Asking employees respectfully curious questions is the best way for leaders to get the full picture of organizational operations. It also opens up the conversation about what’s working and what’s not.

Answer the right questions and establish a common mission

In addition to asking the right questions, leaders need to be able to answer the right questions. “Change leaders need to answer the question: How is this change critical to our reason for being?” says Paasschen. “Revolutionaries fight for change in the name of a greater good and rally people around a mission. To create a change mindset, provide your team with a sense of mission.”

As the number and frequency of mergers and acquisitions continue to increase, it’s important that leaders are able to manage their team effectively through the change.