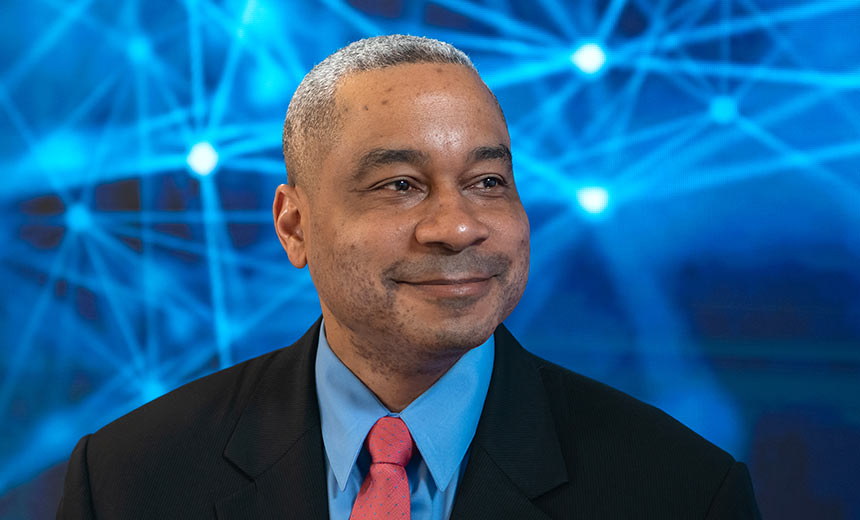 I have always been the minority in the room. Honestly, I’ve gotten comfortable with it over the years.  At the same time, I think I have been waiting my whole professional career to write something on the topic of diversity.  Following a 32-year career in the U.S. Government and having achieved some level of success in U.S. Federal Law Enforcement, it wasn’t until I had an exchange with another executive that I found the beginnings of my voice on this topic.  To paraphrase the exchange, a female cyber executive explained her perspective on the challenges of being a female in the cybersecurity space.  A well and reasoned optic, which included the perspective of simply being unique and frankly successful.  In other words, show them your talent and make your position and success undeniable.  Her approach was one that I have taken in all my professional years.  Avoiding what I thought or perceived as a plea for help, I simply had concluded that I would set an undeniable example of excellence.  That was how I could contribute.  Be the example which allows the power brokers to understand they can take chances on people; that you could in fact find excellence in people who did not look like you.

To give some background on my own experiences; I was lucky enough to attend a prestigious Catholic High School in our nation’s capital where the student body was roughly 75% white.  I say lucky because it set the stage for future academic success like most college preparatory programs. I went to college at one of the U.S. Service Academies, known the world over for being highly selective in choosing their attendees.  The acceptance rate is still less than 10% for the applicants who would like to attend one of these premier educational institutions and the percentage of African-Americans amongst the whole student body has never been more than 7%.  I successfully completed my time at Annapolis and showed signs of the excellence in leadership I would display later in my professional career.

I chose to become a commissioned officer in the United States Marine Corps.  At the time and maybe this is still the case, the USMC had fewer minority officers as a matter of pure percentages of the overall workforce.  I don’t know if these numbers are still the same, but suffice to say there was a greater chance of me ascending the highest ranks of the three other major services than was my chance of becoming a General Officer in the USMC.  For my second act, I decided to pursue a career in Federal Law Enforcement.  I applied and was successfully chosen to be a Special Agent of the Federal Bureau of Investigation.  The selection rate for FBI applicants hovers somewhere between 3% – 5%.  Most who apply will never be accepted to become FBI Special Agents. On top of this, when I entered in the mid-90’s the FBI was reeling from a recent lawsuit from African-American and Latino Special Agents regarding an overall posture of rampant discrimination.  My approach to this ongoing and unique challenge of being a minority in a high-stakes professional environment?  Show my excellence through performance only; be the example I wanted others to be and rarely if ever weigh in on the lack of diversity around me.  Well, age brings wisdom and experience must be considered a seasoning of these sage experiences.  Over the years the FBI’s numbers, typically unpublished, declined and attempts to attract and retain minority talent continued to be a challenge for the much storied, but often debated law enforcement organization known the world over.

I look back on my overall posture through the years and realize what I have learned, and hard lessons they have truly been.  First, I’m married to a fellow law enforcement professional.  Where I have seen challenges placed in front of me, I was completely oblivious to the challenges of women in these largely male environments I have been groomed in.  For instance, my fellow classmates, who were/are female, at the United States Naval Academy.  I was too hyper focused on my own success and challenges as a young African-American male that I failed to even recognize the challenges of my female classmates who were only eight years out from the first graduating class of women when we all took our oaths of office.  Just as capable and talented as the men (even more so in some cases), but they certainly had a much higher bar to climb and challenges both hidden and apparent in the highly charged environment of the U.S. Military.  I can honestly say that it wasn’t until I married a woman in the same profession did I see up close and personal the slights; uneven approach and failure of large, male dominated institutions and organizations to make a way for women to be judged and evaluated just like their male counterparts; allowed to succeed, but more importantly allowed to fail and then given opportunities to try again.

This leads me to my current position.  I was lucky and talented enough to have someone believe in my skills to select me for a position as senior leader with a well-respected cybersecurity company.  Before entering the private sector, I took note of the lack of diversity in Silicon Valley.  As a former executive with the FBI, I had the benefit of getting an audience with execs from many Bay Area based companies.  I would always subsequently take notice that there were not a whole lot of people that looked like me as members of the c-suite or board of directors, in fact there was rarely anyone.  It’s interesting in this age of elections as you hear candidates going from coast-to-coast talking about where we should make investments in terms of education and workforce development.  I hear very few of them talk with any kind of true level of understanding of the challenges faced in the cybersecurity realm.

Technological innovation promises to drive many aspects of business and society in the coming decades.  This uneven pace of technological development has created a growth field in cybersecurity.  There are more open jobs in the cybersecurity realm than nearly any other job field and yet and still it is completely dominated by caucasian males.  The COVID-19 crisis, where we have seen job loss in the millions serves as an accent to this problem.  Cybersecurity is one of the few industries experiencing an uptick.  Silicon Valley, the home to much of the technology and businesses, has a particularly difficult task to overcome the tendency of hiring white males, to the exclusion of nearly all others.  There’s a litany of organizations that have popped up on the landscape to assist in this effort.  Some are focused on highlighting paths for women.  Some geared towards black and brown candidates in these industries.  All working towards the same goal of changing the face of tech to one that is more diverse.

I’m 51 years old now, much more experienced (for good and bad) and a father to sons and a young daughter.  There’s still unseen obstacles placed in the path of women and people of color to gain access “behind the velvet rope.” Like every other father, I hope for a world where my children will be judged on the content of their character and capabilities, but hope is not enough.  We must act to counter these disparities with smart persistence.  I want my daughter and sons to be in a position to aspire to any career they choose.  I have pledged to lend my weight to this topic for the remainder of my professional life, because it is the right thing to do. I have also noticed that without talking about these topics, recognizing the gaps and then acting, we will not make a sizable dent in the workforce gaps in our industry or any other.