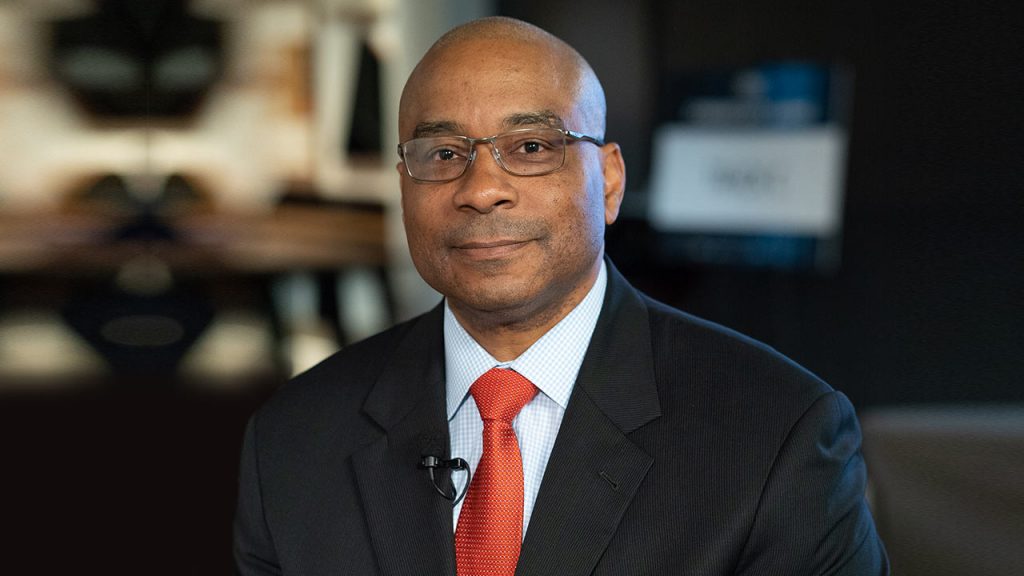 We are in the midst of a worldwide global pandemic.  Changes in the global economy are imminent as the world begins to imagine how it will emerge from this experience.  Underwriting this whole slow-moving event; the scab of racism has once again been pulled fully from its long-festering wound.  This wound, the original sin of the birth of this nation, is consistently present in the form of systemic racism in housing, financial services, education & yes, law enforcement and other institutions heavily relied upon to uphold this very fragile experiment in a representative democracy.

My background bears some explaining as I venture into potential solutions.  I’m a black man of more than half a century in age.  I grew up in an all-black neighborhood in a part of Washington DC largely regarded as a forgotten community in the 60’s, 70’s and 80’s.  My education, from high school through my graduate studies might be considered privileged by some standards.  I attended one of the U.S. Service Academies and subsequently served honorably as a commissioned officer in the United States Marine Corps.  Following my service, I spent a career as a Special Agent for the Federal Bureau of Investigation.  I am a product of this nation’s most historic institutions and someone who day-in and day-out first views myself as a black man who has benefited from opportunities not afforded to most at many a turn.  I have been both lucky and prepared.

In the early days of my time as a young FBI Special Agent working and living in Los Angeles, I was one of many black agents who had at least one memorable negative interaction with local police in and around the city of Los Angeles.  My experience was not uncommon and in fact, were tame compared to some of the other stories I have had relayed to me by colleagues. Tame by this standard is being told to exit a vehicle while weapons are pointed, at night, raising my hands and being walked back to a tactically aware crew of officers. Is there systemic racism in law enforcement?  I will say this, there is clearly systemic and unacknowledged racism in American society.  How could law enforcement be immune to the negative effects of something that underlies nearly every facet of American life?

During the current crisis, I have been driven back to the interviews and works of James Baldwin.  I know of no more poetic and accurate description of the black burden than his word and sentiment expressed in numerous interviews and writings.  Even more astonishing is that much of what is recorded of him was done during the decade of the 1960s and frankly his words still have the same resounding impact in 2020 America.  For many this fact serves to inflame the rage felt by most as we watched a supposed peace officer murder a human being with the kind of apathy that should not exist in law enforcement ranks.

Protestors have demanded change in law enforcement practices, but what does that really look like?  There are calls for the defunding of law enforcement, which at its face makes no sense at all.  What the public is clamoring for are visible changes in policing. I have some recommendations on how to proceed.  Law enforcement, like other professions where practice is a result of hundreds of hours of training and experience could affect public sentiment by paying attention in the following areas: hiring, training, tactical policies, internal investigations & oversight.

Consistency could be achieved if the federal government would sponsor a commission on policing empowered to enact and enforce change in the country’s thousands of active police agencies and departments.  This commission should have state & local law enforcement officials, community leaders and policy makers, among others who would make up a body responsible to recommend effective change.  Together, this group should assess the status quo of hiring amongst the nation’s state, local and federal agencies and then pull together the best of these practices to be used as a standard for all to follow.  These practices should be legally mandated and compliance should be tied to state and federal funding of police agencies.

There is virtually no consistency in the hiring practices of the nation’s law enforcement agencies.  The practices vary from city, to state, to federal departments and agencies.  In one agency a high school diploma and being physically capable of carrying out the job are the core competencies, where other departments may require some college and evaluations of the mental capacity of the applicant. Still further, there are many departments which require an undergraduate degree, some amount of work experience and other factors pertinent to hiring.  Somewhere in this list is a middle ground, where the requirements can be elevated and the quality of the candidates can be properly ascertained.

To say it’s inconsistent is an understatement.  There are hundreds of stories of candidates being rejected by one department only to be hired with another department within 10 or 20 miles. For too long, law enforcement hiring has been driven solely by increasing the number of applicants, vice the quality of candidates.  Policing, like other service oriented professions, should not simply yield to the desire of adding bodies to its complement.  Not everyone should be or needs to be a peace officer.

Training is another area where states and the federal government employ radically different practices in the number of required training hours and the practices taught and reinforced by departments.  For instance, California Peace Officers are required to have a minimum of 664 hours of general police training prior to being sworn.  By contrast the state of Alabama requires its peace officers to have 520 hours of general police training. The FBI Academy spends nearly 800 hours of instruction taking a qualified candidate from zero to graduating as a Special Agent.  The point in highlighting the disparity is that there is virtually no way the skills and tactics are aligned at the levels they should be.

This difference in training and tactics finds its way into different police forces in truly impactful ways, like the murder of George Floyd, or the uneven approach to detaining individuals to the conduct of investigative practices like line-ups and the service of search warrants.  As a former FBI SWAT agent, I find the practice of executing a warrant in the middle of the night, as in the Breonna Taylor incident, one of the most disturbing practices I could imagine.  Among the number of ways you could plan to retrieve evidence (the whole purpose of executing a search warrant), I cannot imagine the confusion which might exist while officers execute a search warrant literally in the middle of the night as a common practice.  I participated in scores of instances of federal warrant service and only once or twice were we given approval by a judge to execute the warrant prior to the normal 7am time reserved for the execution of federal warrants (7am to 10pm is the window of approved time).  The target of such service normally had a proven background of violence and was known to possess weapons.  This practice, after review, should be standardized and employ a combination of safety and effectiveness for the officers and the target of such a tactical engagement.  The chances of serious harm to life are high on both sides.

Much has been said about the qualified immunity which covers nearly all peace officers in the performance of their duties. The need for oversight and review by bodies empowered to produce results needs to exist outside of law enforcement circles.  The body should be bound by legal parameters, but the decision to bring charges, in areas of policy malfeasance or criminal behavior should not reside with the department of the accused officer.  This internal policing does not work in most instances.  The body responsible for making these decisions should not be political appointees or others who gain a sense of right and wrong based on the frequency of elections or the prevailing winds of change brought about by social media.  Each city or police department should have a body of citizens who weighs in on police misconduct.  They should have the power to impact police policies and work closely with the Chiefs of Police for the departments where they are called to serve.  This body could make judgments based on the facts and circumstances.  Barring an ability to come to an agreement on the consistency of such a body, all cases of criminal police misconduct should be brought to a grand jury empaneled during the time of the event so that decisions in the context of our existing legal system can be made.  This will absolutely change behavior.

The digital world is amazing.  It affords us opportunities to capture events never before seen or recorded. The advent of the body cam is a great invention. We have already seen instances where video, captured via dashcam or bodycam, have changed the calculus in deciding behavior and potential punishments.  There are simple changes to the technology of the body cam that would automatically record officer interactions.  These controls, already in use by many departments, could be a function of exiting the vehicle and would provide automatic oversight to actions where the engagement with citizens should be captured and preserved. The officer wearing the cam should not be able to decide when the recorder functions.  Digital storage is cheap and there are virtually no restrictions to capturing this information, storing and retrieving it and subsequently using it for exoneration or to pursue other legal remedies. The challenge becomes the context in which we view these interactions.  There has to be a common lens used in evaluating police actions.  Without a common lens, citizens are bound to employ their own, less tactically proficient lens.

Generally speaking, standardization can be a good thing, as long as the standard is one that is vetted and agreed upon.  A federally mandated body, in the form of an empowered commission on policing, could provide the necessary elements and usher in a new age of policing in America.  As a society we count heavily on the police to provide the needed barriers to society falling off the cliff.  We must provide the necessary oversight and restraint to ensure the job is done in the interest of those who are served.  The overriding principle is to protect and serve.  When the people being protected and served tell you there is a problem, you might want to stop, listen and adjust.