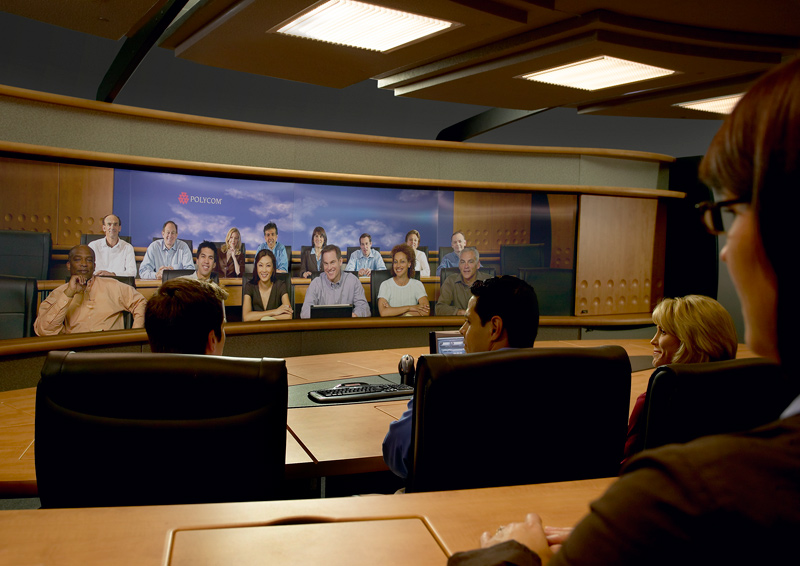 On Screen, All Business: the Etiquette of Videoconferencing

One thing early science fiction writers got right was that we would someday exchange video images along with audio when we communicated. But so far, it hasn’t become as widespread as they thought it would. Most people don’t want or need to see the people they talk to on the phone, and until the last decade or so, TV screens remained bulky, heavy, and hard to integrate into a decent-sized piece of technology—so videophones didn’t become the wave of the future. That’s changed with flat screens, smartphones, and Skype, but it took a lot longer than expected.

One place where video calls took hold early on, however, was in the business world. By the mid-1990s, it was just another communications option for large businesses with multiple locations scattered across the nation or the world. Companies like AT&T and Apple held company meetings in auditoriums with movie screens, where the doings of people like Steve Jobs and Bill Gates were broadcast around the world to employees, the press, and investors alike.

Most videoconferences, however, took place in boardrooms and conference rooms on a much smaller scale, involving a few dozen people at most. They were carefully prepared events, often with professional camera operators, that otherwise proceeded like any other meeting. Nowadays, anyone with a latest-generation laptop can participate in a videoconference using WebEx, GoToMeeting, or Skype, and even those who work in the same building don’t have to congregate in one location. They don’t even have to leave their desks, or their comfy armchairs at Starbucks. This has forced the evolution of a new set of rules regarding the professionalism and productivity of such meetings.

Toward a New Videoconferencing Etiquette

Unsurprisingly, videoconferencing shares a lot in common with regular teleconferences. In this informal age, you’re likely to have people eating, slurping coffee, having side conversations, typing constantly, not paying attention, and generally multitasking—but in this case, you get to not only see them but hear them as well. And if they do remember they have a mute button, their onscreen actions may give them away.

It should go without saying that any meeting requires a professional appearance and behavior, but not everyone got the memo, and some people just don’t care. Here are “rules of the road” to follow in your teleconferences:

The Zen of Videoconferencing

Now that video calls are easy, teleconferencing has grown in importance as a business tool, and will doubtless continue to do so. How would you expand further on the above list of dos and don’ts? It basically boils down to everything required for a teleconference combined with face-to-face meeting protocols, with a few unique items added on. If you have any concerns about what you should or shouldn’t do in a video call and they don’t appear here, just remember: go conservative. It almost always works.

Laura Stack is a productivity and performance expert as well as a best selling author.