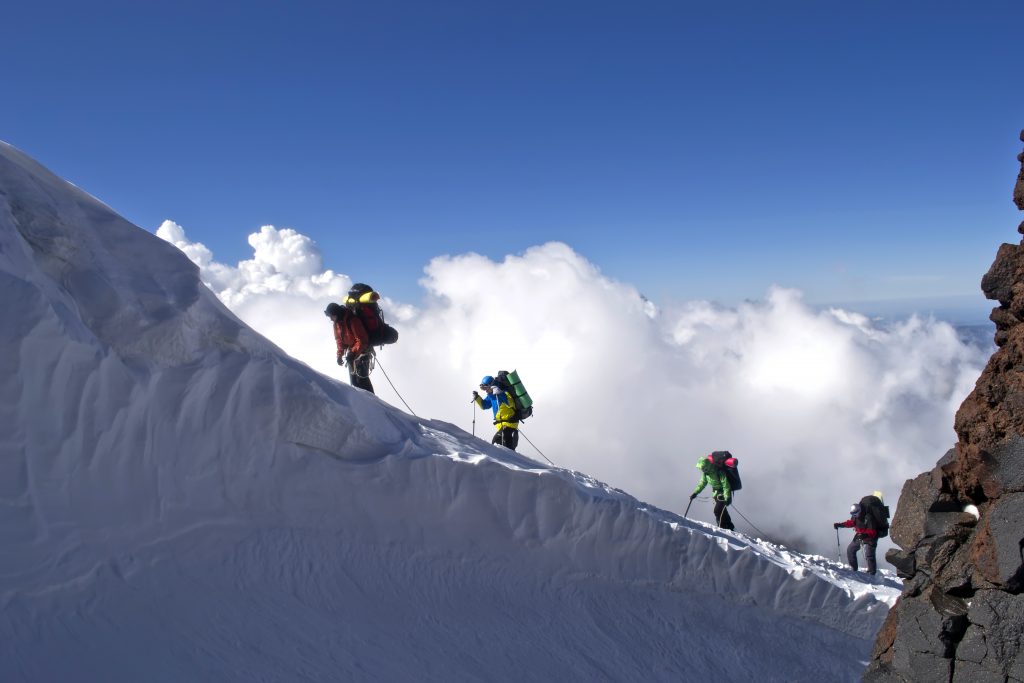 Part 1: How Your Business Can Innovate like a World Class Team—Both On and Off the Racecourse

My teammates and I were multiple time world champions in a crazy, non-stop, multi-day sport called Adventure Racing, in which mixed-gender teams of 4 people kayak, mountain bike, mountaineer, raft, run and hike for 5-10 days across some of the most remote and inhospitable places on earth, using only a map and compass for navigation.

The race was NON STOP!—So sleeping—if we slept and when we slept—was all part of our team’s strategy. To make things even more interesting, all team members were required to stay together for the entire race, within 50 yards of one another from start to finish, and if one of our team members quit or was injured and pulled from the race course, our entire team was disqualified.

One would think that the best and brightest endurance athletes would consistently win, but that couldn’t be further from the truth. What we discovered from years in this sport is that the teams that consistently won were not made up of the strongest individual team MEMBERS, but the greatest teamMATES.

The other thing we discovered was that successful teams had an ongoing drive to become more efficient, find a better/slicker route than their competitors, and to never ever let the rules (or even worse, the *assumed* rules) get in our way. In short, what separated the good teams from the Great teams was that the best of the best were always finding ways to Innovate, Adapt and Overcome.

Inspired by my sport—and the article in Fast Company Magazine featuring our adventure racing team and what we learned about Extreme Teamwork that could be applied to business—this three-part series will show how your business can Innovate, Adapt, and Overcome like a World Championship team, both on and off the racecourse.

Innovation doesn’t necessarily have to be a huge paradigm shift or an industry changing “disruption.”  Sometimes innovation means just finding a better way based upon your team’s strengths and talents, or consistently looking for creative ways to improve efficiency, lower costs, or increase output.

Use tow lines: In the Adventure Racing World Championships in Ecuador—a race that took 9 days for the win— my teammates and I were all suffering at different times, as you might imagine. But rather than slow down and wait for our slowest person, as we and other teams have always done, one of my teammates had a beautiful brainstorm about a way we could move more efficiently as a team.

My teammate created a tow line. He cut a small piece of bungee cord from the netting in the back of his backpack and made a 2 foot-long tail with a little handhold on the end of it; then he hung it from the bottom of his backpack— So that whomever was struggling to keep up the pace at the moment could just grab onto him and we could take them with us!

The tow-line idea was so simple and perfect, and it made a huge impact on our ability to move more quickly as a team. By the next race, we had also found innovative ways to rig tow lines on our mountain bikes using retractable small dog leashes, and we mastered the art of towing kayaks in tandem as well. It wasn’t long before other teams noticed our tactics—and our success, and our tow lines became a must-have for winning races.

Your Turn: How can you build a team in which people not only feel comfortable sharing their strengths with one another but also sharing their challenges? (And also grabbing that tow line. Grabbing a tow line is never a weakness on a world class team. It’s how we win.)

Never assume the rules: In the Eco-Challenge World Championships in Fiji, one of the top navigators in the sport, Ian Adamson, pulled off a very keen navigational coup by never assuming the rules.

After all, if the rope went to the top of the waterfall, then that’s where all the team was supposed to go, right? Nope, not according to Ian. He had his team ascend the rope only to the midway checkpoint as required; then he skipped going to the top of the waterfall and made a beeline to the next checkpoint in the jungle. Never assuming the rules saved his team a significant amount of time—and they went on to win the race.

Your Turn: What rules do you assume at work or in your life that aren’t actually there? Try looking for solutions with a fresh mind and the full freedom to innovate.

Play to your strengths: We were racing head to head with the best team in the sport of Adventure Racing, the French Team Intersport, in what is, to date, the toughest adventure race in the history of the sport—The Raid Gauloises in Ecuador—when we decided to use our strengths to get ahead.

On day seven, we began a section that would take us three days downriver to the finish line. Each team was given a whitewater raft. For hours, our team was neck and neck with the other top team as we went through the whitewater. Then my very creative teammate, Steve Gurney had a race-changing idea to play to our strengths.

When we got to the next checkpoint,  the race director took away each team’s whitewater raft and handed us two inflatable canoes. Our competitors grabbed their canoe paddles, jumped back on the river with their canoe paddles and their 5-person team in the two boats, and raced away, leaving us behind.

Steve Gurney looked at the two boats, turned to us, and explained his innovative idea. He said, “Hey guys, I have an idea. I want to tie our two boats together, end to end, using our climbing rope from the mountaineering section. I think we’re going to be faster in one boat. And why don’t we get out our kayak paddles that we have in our gear boxed for the final kayak to the finish and try using them in the canoes? We’re a much stronger kayaking team than we are a canoeing team. Maybe we can adjust them to be a little wider to fit around the edges of the canoes?”

That’s how the magical bullet of a boat that we lovingly called the “Steve Gurney Missile” was born. We were literally another 30% faster in one boat with kayak paddles (our strength) than our competitors were in two boats using canoe paddles.

By the next day, we had run up a two-hour lead on a team that ran side by side with us for 6 days. Then we won the race.

Your Turn: So how can you play to your strengths and create a Steve Gurney Missile in your personal or professional life? It’s all about taking your core strengths, your agility, your creativity, your resources and your teammates and finding a way to tilt the game board in your favor, change the way the game is played, or even change the game.