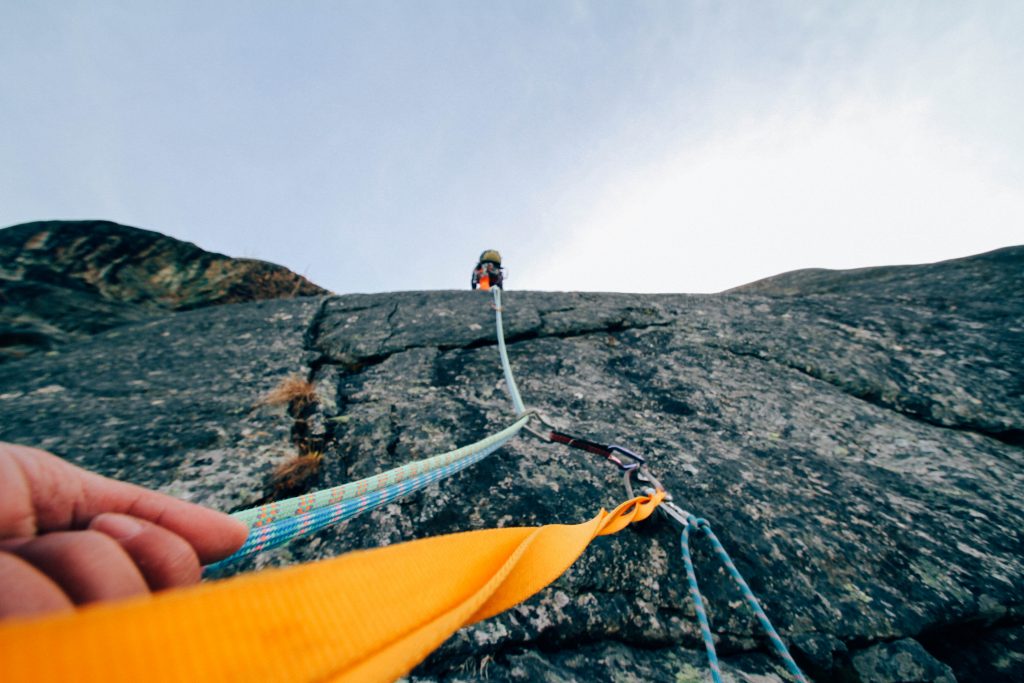 Part 3: How Your Business Can Overcome like a World Class Team—Both On and Off the Racecourse

Even with the best plans, you can have setbacks. Setbacks are the true test of any great team. How you respond will determine if you truly have a team or just a bunch of individuals.

In Part 2: Adapt of the three-part Innovate, Adapt, and Overcome series, we looked at how teams adapted to their conditions and environment in order to succeed innovated in challenging circumstances. In Part 3: Overcome, I will share three ways that some great teams responded to events that may have stopped lesser teams by changing their point of view, putting their teammates first, and having the right attitude.

See challenges instead of roadblocks: Sometimes setbacks are just the inspiration you need. In my very first Adventure Race, Team Intersport, the top French Team, was on a mission to WIN. They had taken 2nd place in the “Raid Gauloises,” the original adventure racing world championships, in 1993 and in 1994, and nothing was going to stop them.

However, on their way walking to the start line in the middle of the Borneo rainforest on race day (it took us three days to get to this start line. It was REMOTE), one of their team members broke his ankle. The rules of the sport state you must start and finish the race with the same four team members, and if one person quits or is injured and can’t complete the course, your entire team is disqualified.

At this point, most teams would have begun packing their bags for the long slog home. But Team Intersport decided to see a challenge instead of a roadblock. They would find a way or make one.

As the other teams gathered at the start line, members of Team Intersport began running through the tiny farming village knocking on the huts and searching for someone, anyone, who had the courage to open the door and agree to take part in this crazy adventure. Literally minutes before the starting gun, they convinced a 35-year-old farmer, Dawat Mutang, to throw on the available lycra outfit and backpack full of gear he had never seen or used—and they headed for the start line.

Dawat did not speak a word of French, the team did not speak much English. He had never used climbing gear, never paddled in a boat…and never ridden a bicycle in his life. But they had no other choice. Dawat literally learned every sport and how to use every piece of gear AS HE RACED for five non-stop days and nights through the rainforest.

The team had left the starting line together just hoping to complete the course, given their circumstances, but Dawat’s willingness to learn, his fortitude, and his experience in navigating the jungle turned out the be a great asset for the team.

Team Intersport not only finished the race…..they overcame every obstacle in their path and took SECOND place out of 63 teams! And Dawat became a hero in his village. How awesome is that?

Your Turn: The next time your mind sees a “roadblock” in your path to your goals…WHAT IF you considered it a “challenge” instead? Seeing challenges vs roadblocks opens up our creativity, agility, and ability to innovate. It’s also in those moment of challenge that the universe extends a hand and inspires us to rise to the occasion (and write an epic chapter in our own history book!)

On day 5 of the Eco-Challenge Adventure Race in Australia, the Japanese Team, Eastwind, discovered that their female teammate had ripped her Achilles’ tendon. As they approached the final big mountain climb, over the highest point in Queensland, they discovered she could walk no more.

But Team Eastwind had come much too far to quit. So they came up with a very creative (albeit grueling) plan to overcome their obstacle. One of their teammates had a lot of mountaineering experience, and he showed his teammates how to turn a backpack inside out in order to carry someone on their backs.

For the next two days of climbing, scrambling and navigating the rough, trail-free terrain, each member of Team Eastwind took turns carrying their injured teammate on their backs, up and over the mountain and then 13 miles on roads to the beach, where they would launch for the final paddle to the finish.

When they arrived at the kayak launch point to a well-deserved heroes’ welcome, the team put the injured girl on their shoulders, showing the world that it was SHE who was the hero for enduring it all with grace and class.

What a great statements about teamwork and true leadership, right? We always achieve our greatest heights when we put our teammates on our shoulders…

Laugh your way to the finish line: When the you-know-what hits the fan and the fan is on high speed, what’s the best way you can inspire your teammates to overcome the challenges in their path? LAUGH.

In the Borneo EcoChallenge World Championships, two teams, one from the US and one from the UK, each had two team members quit along the way. But instead of quitting the race completely, they convinced the race director to allow them to put together a new team of four from these two teams of two so they could at least cross the finish line and experience the rest of the course.

Now they just needed a new name that reflected the four of them and their mission. One teammate quickly came up with perfection. “Hey, we’ve now got a team from the US and a Team from the UK, so US and UK, spells U SUK, and we suck!”

Driven by the fun and adventure of creating this brand new, aptly named team, all four team members spent the rest of the race giving one another hell, and laughing all the way to the finish line. They overcame their obstacles with humor.

The most enduring and representative one-liner from their TV coverage summed up their approach: “We discovered that pain is mandatory…but suffering is optional.”

Your Turn: Next time you’re having a sufferfest, remind yourself and your teammates of 3 things: one thing you’re grateful for (even in that moment), the fact that you’re adding yet another brick to your “character wall” in your life, and one great gift you’re going to give yourself when it’s all over!