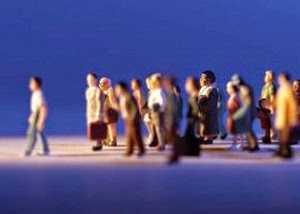 Are You Part of the Problem, or Part of the Solution? Putting “Lead” Back into Leadership

Many people split the world into dualities: You’re either this or that. Positive or negative. On or off. Black or white. But in reality, human behavior occurs mostly in the shades of gray between any two extremes. So when it comes to leadership, I hate to say, “You’re either part of the problem or part of the solution.” But it’s easy to see how it could be true.

“Lead” means “go first.” So followers look to a leader for examples of how to behave and what to do. According to research by anthropologist Lionel Tiger, most baboons look at their leader every 20 seconds to see what they’re doing. My Australian Shepard Lily follows me around the house and even while seemingly dozing, keeps an eye on me for cues of what to do. When we go for a walk, she continually looks at me for signals. Humans aren’t much different. Your team members look to you to model their behavior…and like it or not, they’ll follow your lead, whatever you do.

If you thrive on regular 60-hour workweeks, your team members may wear themselves out trying to keep up with you, even if you don’t expect it. You don’t want them to slack off, and you don’t want them to drive themselves into burnout, but your behavior will serve as their role model one way or the other. Your attitude is contagious, too. If you’re grumpy, you’ll transmit that. If you’re enthusiastic, they’ll notice that too. So choose the one you want others to exhibit. Promote a solutions-only atmosphere to end useless complaining. Encourage new ideas. Make optimism your default state.

You’ve heard the saying “monkey see, monkey do.” What can you do differently, and how can you act differently to yield greater team productivity? How do your team members react to your work habits and moods? What purposeful changes have you made in the past that have directly influenced your team for the better?