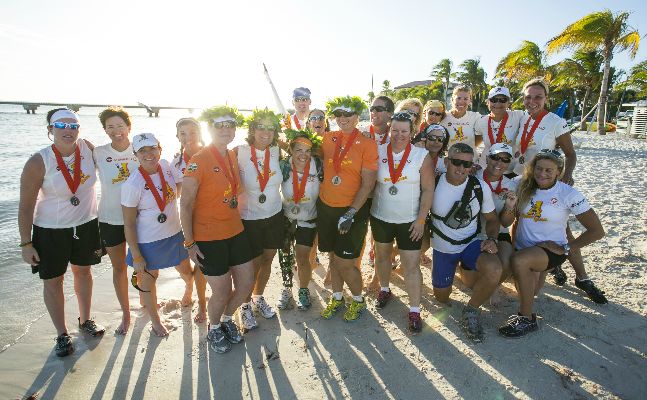 Project Athena: The Gift of the Comeback

“It’s not about the setback, it’s about the comeback,” says Project Athena Founder and  Adventure Racing World Champion Robyn Benincasa.

Project Athena—named after the Greek goddess of wisdom and the heroic endeavor-is a non-profit organization that helps survivors of medical and traumatic setbacks live out their adventurous dreams.

To get involved, would-be Athenas (or Zeus’s, as male participants are called) write into the website to tell their story and their adventurous dream.“Whatever your dream was when you had your setback–and you said, ‘If I could ever walk or run again, here’s what I would do’–Project Athena, will help you get there,” explains Benincasa.

Past Athenas have accomplished incredible things like running on the Great Wall of China, crossing the Grand Canyon twice on foot, and running their first marathon. Although, the purpose of Project Athena is “not about trying to get back to what you were,” says Benincasa. “It’s about trying to be the best at what you’re capable of today, in this moment.”

Setting a goal and having something to look forward to after a setback can help survivors rediscover the adventurous, capable, and confident person they are. Benincasa knows this from personal experience. After suffering from her own medical setback–five hip replacement surgeries–she created the Project Athena Foundation.

Everyone who works at project Athena is a survivor of some kind of medical or traumatic setback themselves. “One of the neatest things about the organization is that we have survivors helping other survivors,” says Benincasa.

Project Athena also offers six yearly adventures where women and men from different walks of life, with different abilities, come together to accomplish the same goal and help each other every step of the way.

One of Project Athena’s yearly scheduled adventures is a Rim to Rim trek across the Grand Canyon. The feat alone is incredible, but the team and relationship building between the group is what really makes the experience transformational, explains Benincasa:

The reason we cross the Grand Canyon twice is because once is an amazing challenge and a great accomplishment but twice is an epic journey that you wouldn’t ever undertake alone, and that’s where the magic happens. People go home feeling like they can take on the world, and that is the gift that Project Athena gives them.

Sometimes a setback offers a beautiful gift. The gift of the comeback. “The most gratifying thing,” says Benincasa, “is the moment you see someone realize they’re going to make it—when you see the fear disappear and they realize how awesome they truly are.”

You can also get involved with Project Athena as a fundraising God or Goddess. Gods and Goddesses can be family, friends, co-workers of an Athena, or anyone looking to participate in an adventure for a good cause. Visit ProjectAthena.org to learn more.