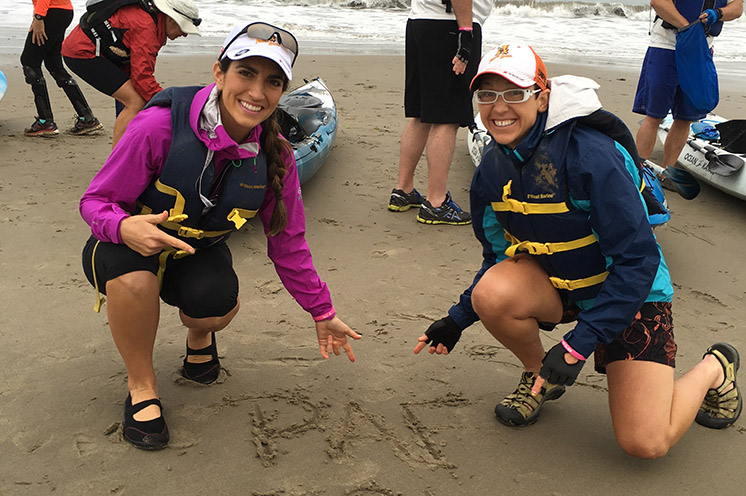 Did you ever have a dream derailed by a setback?

Motivational Speaker, Robyn Benincasa’s non-profit, Project Athena, helps men and women rediscover their inner, empowered gods and goddess by coaching and supporting them through their dream adventures that were set aside after a medical or traumatic incident.

The non-profit is committed to giving these men and women the chance to accomplish whatever seemingly far-fetched dream they had before their setback and showing them they are still more than capable of reaching all their goals.

This non-competitive race covered over 82 miles of mountain biking, kayaking, and hiking. After completing the Santa Barbara challenge, the survivors felt a reclamation of their body and spirit from whatever disease or event had set them back, as well as gaining their new title of Athenas.


This adventure is designed to challenge its participants past the point of fun and show them how strong they truly are. “Commitment to a finish line starts when the fun stops,” Benincasa tells. “That’s when woohoo turns into bravery.”

Her participants are coached by Trail Angels, a team partially made up of survivors who conquered their own Project Athena challenges in the past. Benincasa says her foundation isn’t only about proving to yourself what you can do, but also “looking around the world and seeing ‘Who else can I help?’”

The emotional connection each participant has to his or her adventure motivates them to help others down a similar path to recovery. Benincasa says, “The most gratifying thing is the moment when you see someone realize they’re going to make it, when you see the fear disappear and they realize how awesome they are!”

Watch the video to get motivated by the Athenas (and Zeuses) in action on their Santa Barbara Adventure.