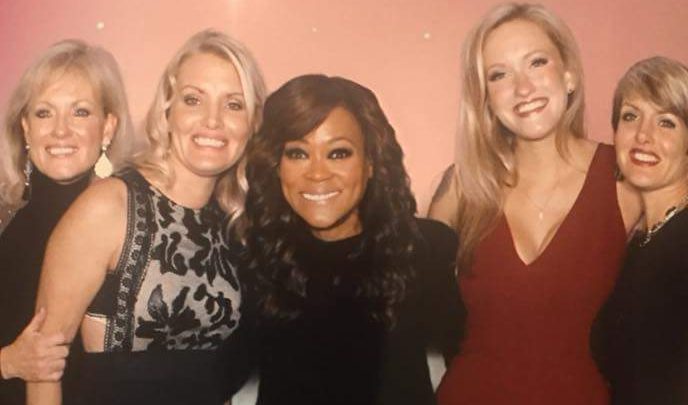 Event sponsors attended a meet and greet with Robin, followed by an auction, live entertainment, dinner, and closed with a dance party. The event surpassed their original goal by $110,000. They are using this money to create brighter futures for those seeking safety and comfort from domestic abuse.

Robin opened up in an interview with Fox News about surviving an abusive relationship with heavyweight champion, Mike Tyson in the late 80’s. She was the first woman to publicly speak out about the domestic violence he inflicted on numerous women. She stood as a model of strength and courage for women enduring similar cruelty.

She spoke genuinely about the fear and shock she felt when she realized that she was caught in an abusive relationship. She thought she would “never be one of those women, then all of a sudden, you wake up one morning and you realize, ‘oh my God. I think I’m one of those women.”

At the gala event, Robin praised society’s strides towards supporting survivors of domestic violence. She recalls that during her battle with abuse there was a stigma associated with victims who came forward. Often times, women’s stories were discounted and ignored. Recently society has become more accepting and supportive, as seen in the social media trend #MeToo, where women bravely identified as survivors of sexual harassment.

With a commitment to the cause, nonprofits like Newhouse Domestic Violence Shelter hope to change the way we view domestic abuse. They partner with motivational speakers like Robin to not only spread awareness, but also rid society of stigmas that trap women in these unsafe situations.