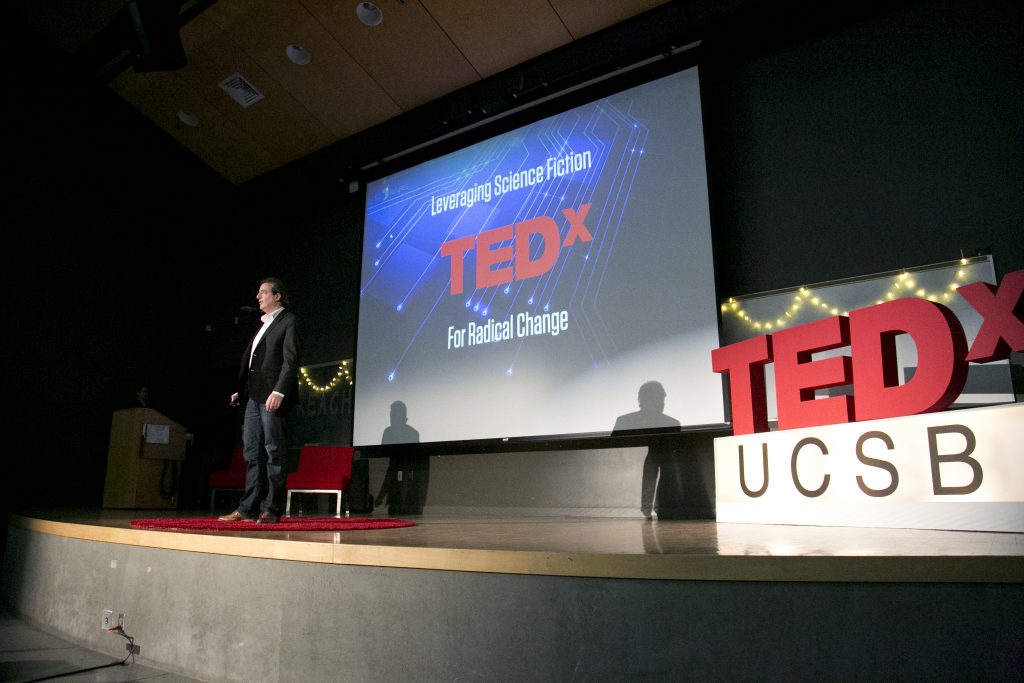 “Stories are data with soul” said SciFutures founder and CEO Ari Popper as he stepped into the famous TEDx red circle at the University of California Santa Barbara this weekend.

At the TEDx event Popper spoke about the power of science fiction prototyping—a subject Popper is a bonafide expert in. His company, SciFutures, partners with science fiction writers and industry experts to model a preferred future for their Fortune 500 clients to create a positive change in the Exponential Age.

Quoting behavioral economist Dan Ariely, Ari explains that we have a propensity to “overestimate what’s going to happen in the short term and completely underestimate what’s going to happen in the long term.” Utilizing the power of storytelling enables us to suspend our disbelief over what may initially seem to our short-sighted brains a mere fantasy. This is because “stories help us understand content in a way that our rational minds cannot.” Simply, stories help us make sense of our world.

In this age of rapid and exponential change, it can be especially difficult for organizations to fathom the technological advances that will be available to them in the next 10-15 years. Though, through the medium of science fiction, technological advances that his clients couldn’t even imagine are written into a fully-formed narrative world in which those advances are not only incorporated into that world, but are integral to it.

Science fiction not only helps us envision the possibilities of the future, but it also inspires the creation of them. Ari cited such innovations as flying cars, spaceships, televisions and computers as innovations that were written into being by sci-fi novels—proving science fiction can, and in many cases has already, become science fact.

Before stepping out of the red TED circle, Ari left the audience with a final thought: “If what you’re doing in your organization is not seen as science fiction, then it’s probably not transformative enough.” 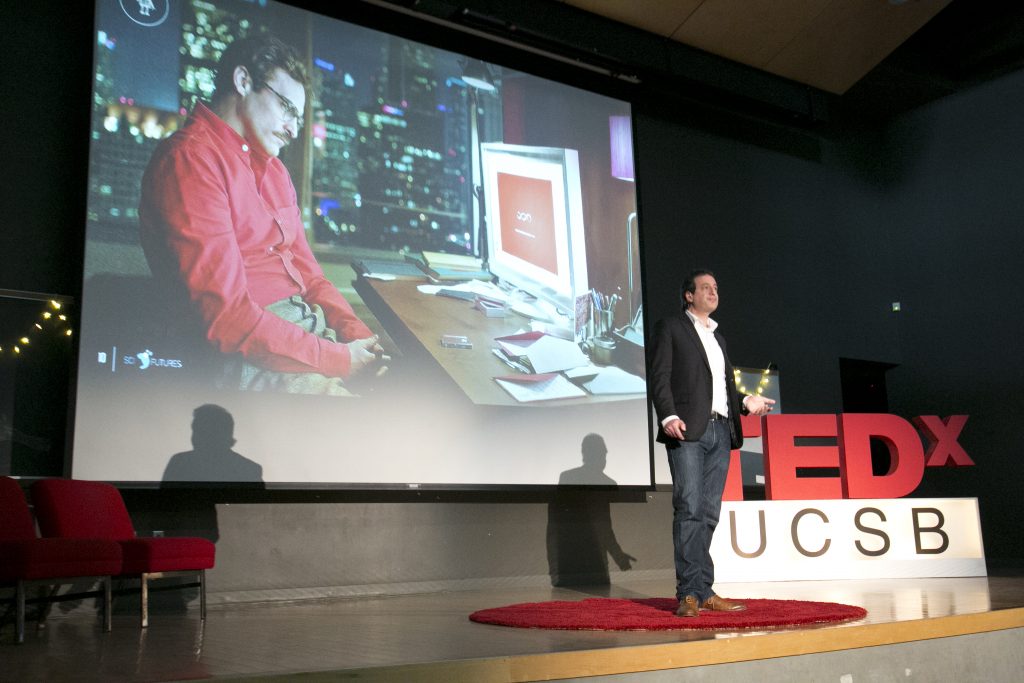