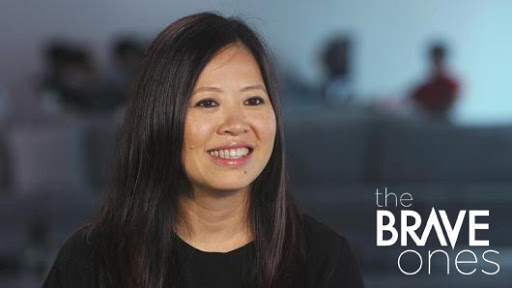 Tan Le is CNBC’s Brave One

CNBC’s new series The Brave Ones highlights entrepreneurs who have overcome obstacles to become successful. Tan Le is a brave one in every sense of her work.

As CEO of Emotiv brainwear she has brought life-changing, mind-control technology to various applications around the world. Emotiv is a tech platform to help you connect deeper with the brain. Through a non-invasive headset, Emotiv brainwear reads the neuro pathways and can physically move objects through the wearer’s thoughts. Her company’s technology has been used to control bionic arms and allowed a quadriplegic to drive a formula one car.

But before she was changing the world with her brainwear, the world changed her. At age 4, she fled Vietnam, taking a five day-and-night voyage on the China Sea with her mother, sister, and 160 other Vietnamese refugees. After running out of food and water, her boat was rescued by an oil liner and she ended up in Australia.

When they first touched Australian land, Le’s mother told them to reach down and feel the ground—it was special ground. Le and her sister didn’t feel anything special, just dirt. Her mother told them, “Then you have to make it special.”

She grew up smart, with drive, but always an outsider. It was this peripheral perspective that she credits her ingenuity to. When you see things differently from the masses, you learn to embrace oddities, explore the unknown, and get used to living outside of your comfort zone.

Le’s family appreciate the sacrifices made to allow them to grow in Australia. With this mindset of making the most of the life you’re given and a tendency to think outside the box, Le’s entrepreneurial spirit kicked in and she created the magic of mind-control.

To hear more about Tan Le’s story, watch the full video below.