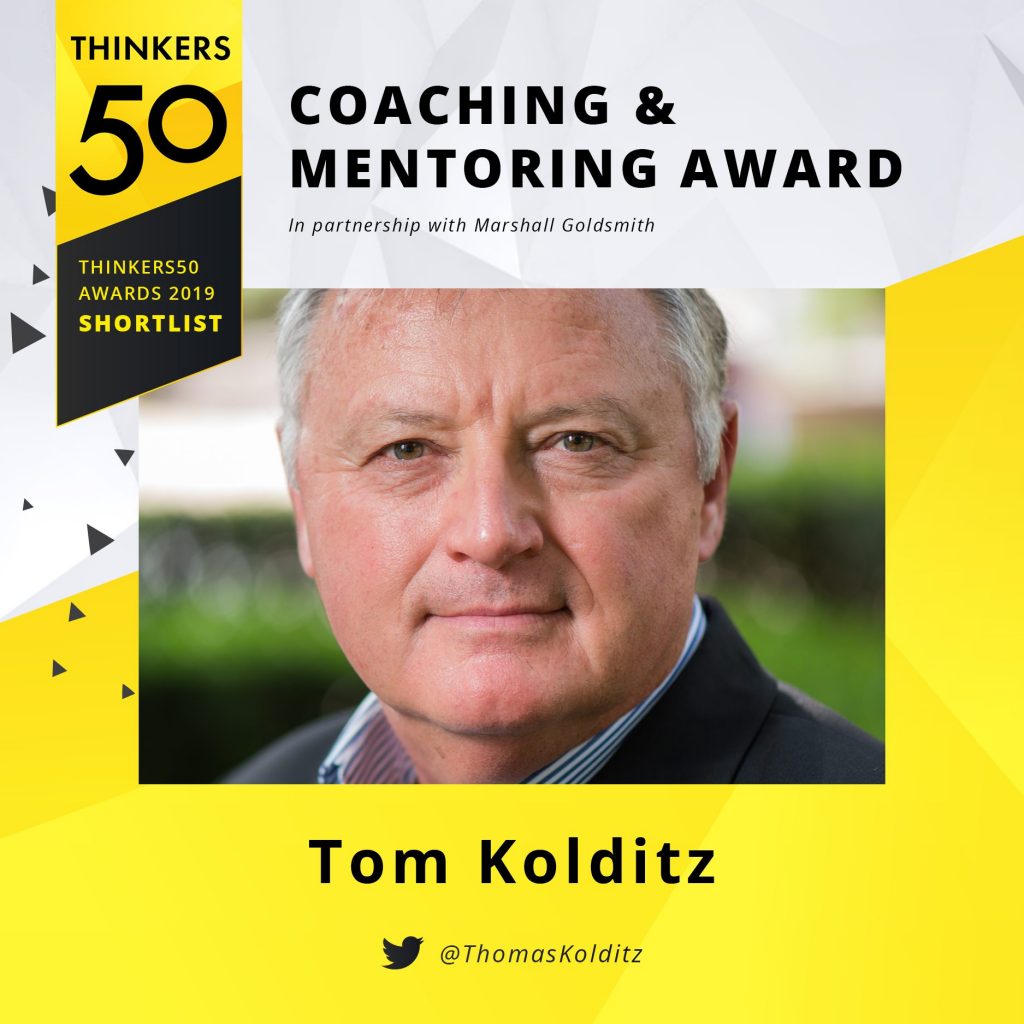 BigSpeak Exclusive Speaker and retired US Brigadier General Thomas Kolditz was recognized by Thinkers50 for his coaching and mentoring in leadership and teamwork.

He brings the lessons he learned from his 34 years in the military, becoming a Brigadier General for the US Army, to top executives in the business world to create impactful leadership that inspires dedicated teamwork. His mentorship can be found in his international keynote speaking where he coaches leaders of Fortune 1000 companies, as well as through his book In Extremis Leadership: Leading As If Your Life Depends On It.

The Distinguished Achievement Awards celebrate the top global business thinkers in the following categories: Innovation, Digital Thinking, Strategy, Leadership, Talent, Breakthrough Idea, the Radar Award—for the best thinker to keep on your radar, and the Lifetime Achievement Award. This is the first year for two new awards: the Marshall Goldsmith Coaching Award and the Thinkers50 Founder’s Award.

On November 18, 2019, thinkers and business leaders from around the world will convene in London to discover who has won the prestigious awards. The shortlists feature business experts from across the globe, including China, India, the Netherlands, France, Italy, Germany, Bangladesh, Finland, Australia, Paraguay, Portugal, the UK, and the US.

BigSpeak is proud to support Thinkers50’s nomination of Thomas Kolditz for the inaugural Coaching Award and believes there couldn’t be a better fit.