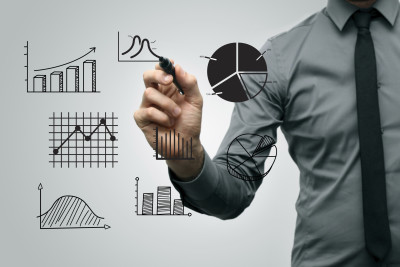 As America becomes the world’s #1 energy producer, and oil prices are at an all time low, economies are shifting and businesses need to adjust accordingly.  Once an industry at the hands of traditional producers, overnight it’s become a commodity that is in the hands of entrepreneurs unleashed on the U.S., says global economist, Ian Bremmer. This has a few implications: the business climate is becoming increasingly volatile, there are transformational opportunities in the technology market, and manufacturing costs are being reduced in many industries such as food.

Bremmer suggests that we are due for a recession, based on the fact that every 7-8 years, on average, we’ve had a recession in the post war era.  However, despite plummeting oil prices, he suggests it doesn’t feel like we are entering a global recession when looking at overall metrics.  He notes that the volatile climate creates an environment where you generally want to “ensure your money’s safer, that markets you’re exposed to are stabler, and where you can predict market conditions over time”.  Bremmer suggests focusing less on growth, and more on resilience.

The “Fourth Industrial Revolution”, meaning an era of transformative technologies like AI, genomics, and 3D printing is an era that has created buzz amongst economists and entrepreneurs alike. Bremmer states that we’ve already hit this revolution in the energy sector – and notes that technologies like fracking have become a game changing technology.  The U.S. has become dramatically more efficient at producing energy, and consequently reduced the costs of producing it.  Energy is a relatively small piece of the U.S. economy (when looking at finance we generally focus on IT like Apple and Facebook), but Bremmer notes that governments around the world are “very much onboard with the notion of climate change and believe it’s going to get worse” meaning that industrial renewables like solar, and wind are still going to be huge and generate technological benefits in the economy.

Low oil prices have some surprising implications for food.  Specifically in the poorest, most remote areas of the world, where transportation and import logistics play heavily into the overall cost of the goods.  Manufacturing costs of food are reduced by lower oil prices, as well.  A Rueters article mentioned that in the poorest parts of the world, residents average spending 50% of their income on food – if the cost of food is reduced by lower transportation and manufacturing costs, this could help alleviate the hunger problem world-wide.

Overall, low oil prices, while initially can be interpreted as a sign of impending recession, simply reflect the increasingly volatile economy, and can have positive effects, especially for the U.S. which is becoming increasingly energy independent and producing energy more efficiently than ever.  Bremmer is optimistic about technological advances in the energy industry, and the number of surprising benefits lower oil prices can have on even the poorest of nations.